The two-day event is open to the general public with no cost of admission. 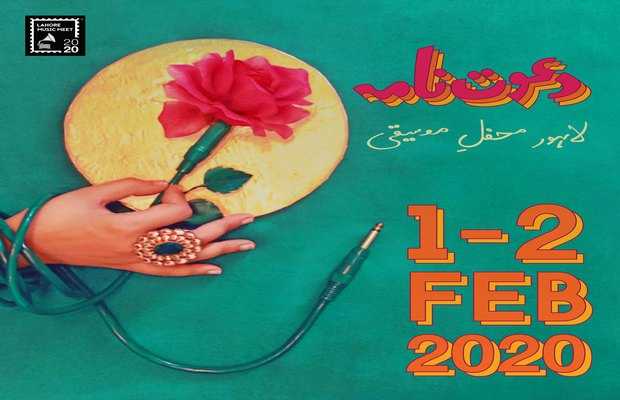 Music Meet, the powerhouse team behind Pakistan’s biggest music festival, proudly reveals the schedule for the fifth edition of ‘LAHORE MUSIC MEET – presented by Pepsi’, all set to take place at Alhamra Art Center in Lahore on the 1st and 2nd of February 2020.

The two-day event is open to the general public with no cost of admission [Entry is free with NIC or Student ID]. Heating up all 4 stages of Alhamra this weekend will be a curated line-up of new artists and fresh sounds which encapsulates various musical spectrums of Pakistan along with interactive talks, panel discussions, masterclasses, story-telling sessions, and documentary/film screenings. 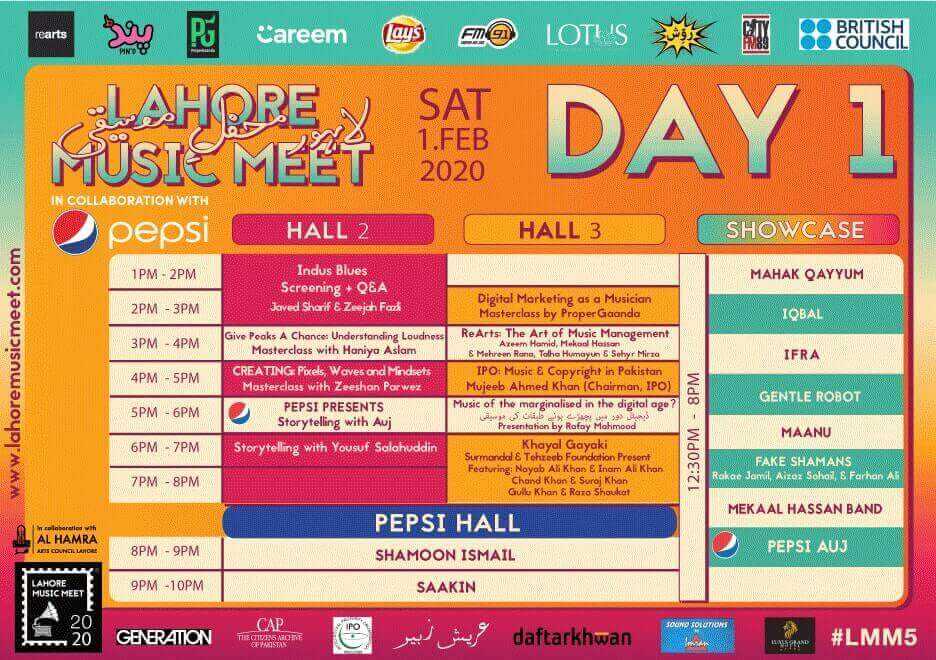 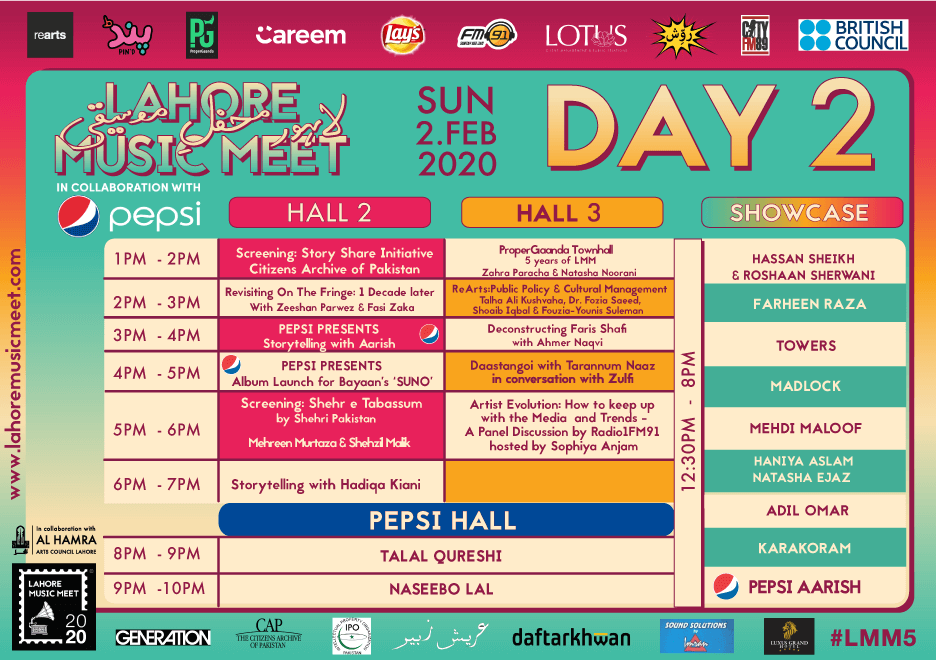 The Lahore Music Meet is entirely women-led and consists of Festival Directors Natasha Noorani and Zahra Paracha with Sana Nasir as Art Director and Munizeh Sanai as Creative Director. #LMM5 is celebrating its fifth year as a well-established and unique platform for day-long musical performances and meaningful conversations and activities pertaining to music enterprise, education, and academia. The ultimate goals remain to create meaningful engagement between audiences and musicians, encouraging new talents and fostering relationships between individuals within the music fraternity.

By providing a platform of such scale, once every year, LMM hopes to enrich the ever-growing Pakistani music ecosystem within Pakistan and abroad. #LMM5 is presented in collaboration with Pepsi with Lays as the Snacking Partner for the event, Alhamra Arts Council as venue partners and FM91, CityFM91, Daftarkhwan, Areesh Zubair, ReArts, Luxus Grand Hotel, Careem, ProperGaanda, Ravesh, and OyePin’d as collaborating partners with Lotus Client Management & Public Relations as the official communications and PR partners.

tweet
Share on FacebookShare on TwitterShare on PinterestShare on Reddit
Saman SiddiquiJanuary 30, 2020
the authorSaman Siddiqui
Saman Siddiqui, A freelance journalist with a Master’s Degree in Mass Communication and MS in Peace and Conflict Studies. Associated with the media industry since 2006. Experience in various capacities including Program Host, Researcher, News Producer, Documentary Making, Voice Over, Content Writing Copy Editing, and Blogging, and currently associated with OyeYeah since 2018, working as an Editor.
All posts bySaman Siddiqui