An official statement posted to King’s Twitter account said he had passed away at Cedars-Sinai Medical Center in Los Angeles. 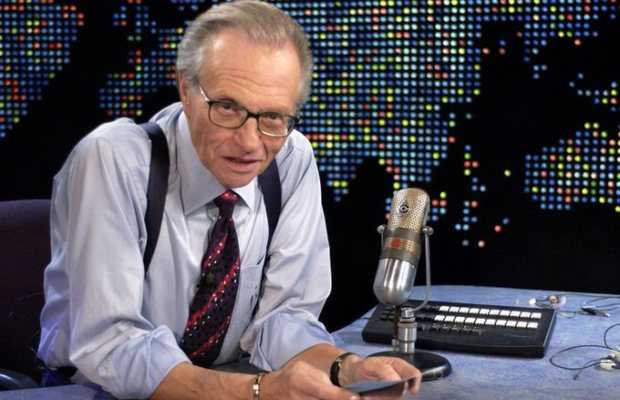 An official statement posted to King’s Twitter account said he had passed away at Cedars-Sinai Medical Center in Los Angeles.

Veteran talk show host,  after previously spending weeks in the hospital over numerous health, scares, was hospitalized in January once again in Los Angeles after testing positive for COVID-19.

With his death, an era of broadcast journalism comes to an end. King hosted CNN’s “Larry King Live” for 25 years and retired in 2010.

He signed off his final show, saying: “I don’t know what to say except to you, my audience, thank you. And instead of goodbye, how about so long.”

Larry King Live featured a long list of interviewees that ranged from every US president since 1974 to world leaders including Yasser Arafat and Vladimir Putin, and a long list of celebrities as well that included Frank Sinatra, Marlon Brando, Barbra Streisand, and many others.

After retiring from mainstream media, Larry King continued to do interviews on his own website.

In 2012, he started hosting “Larry King Now” on Ora TV, an on-demand digital network that he co-founded.

Following his news deaths tributes are pouring in social media:

If required to choose most classic "Larry King Live” ever, here it is — Sinatra, 1988: pic.twitter.com/bFj67xMhsq