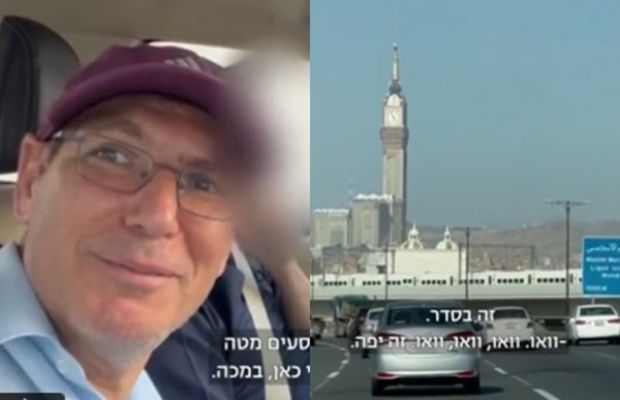 Makkah Police has arrested a Saudi citizen for facilitating an Israeli journalist to enter the holy city.

An Israeli journalist violated the ban on the entry of non-Muslims into Makkah, Islam’s holiest site.

The development has caused an uproar on social media after Israel’s Hebrew channel “13 News” aired a 10-minute report on Monday, in which journalist Gil Tamary can be seen climbing Mount Arafat while driving near Masjid al-Haram.

“Arresting and referring a citizen to the Public Prosecution for facilitating and transporting a Non-Muslim with American Nationality for entering and violating the Sanctity of the Makkah Al Mukkaramah Haram Limits,” the Makkah Police in a statement said.

“Any violation of this kind is considered a crime that will not be tolerated and penalties will be applied to perpetrators based on the relevant regulations,” it added.

The government-controlled Saudi media has not covered the story.

It was unclear whether the authorities approved the journalist’s trip to Makkah or not.

The hashtag “A Jew in Makkah’s Grand Mosque” started trending on the Twitter timeline.

Makkah Police warned all coming to KSA, the need to respect the regulations and abide by the law, especially with regard to Haramain and sacred sites. Any violation of this kind is considered a crime that will not be tolerated, and penalties will be applied to its perpetrators. pic.twitter.com/uufnWXYP2k

Saudi Arabia does not have diplomatic relations with Isreal as the Kingdom does not recognize Israel as a state.