The work-out video was reportedly streamed live on Monday. 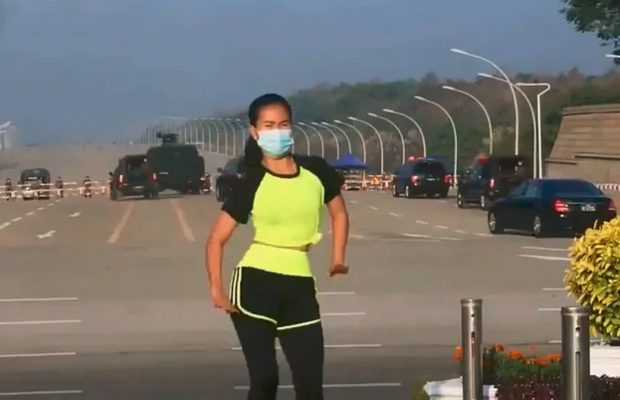 The instructor unaware of the national updates was busy with her routine recording of a workout as the coup was unfolding behind her. The work-out video was reportedly streamed live on Monday.

On Monday morning the world woke up to the news of Myanmar’s military taken control of the country after detaining de-facto leader Aung San Suu Kyi and other politicians in the wee hours.

While the state of emergency was declared in the country, the now-viral Aerobics instructor was busy in her work out without having any hint that a convey of military cars was moving behind her, headed towards the parliament.

Here is how social media reacted to the viral video:

Tfw when you're doing your aerobics class during a real-time military coup.

The video was originally posted to Facebook by Khing Hnin Wai, the Physical Education Teacher at Ministry of Education in #Myanmar pic.twitter.com/HK63Mh9gnl

Can it look more apocalyptic than this?! An aerobics teacher live screening her daily routine while a #coup takes place behind her in #Myanmar#Myanmarcoup https://t.co/PjqawTeV4X