Reportedly, PTI is now left with 164 members in its favour, while 177 members are expected to vote against PM Imran Khan 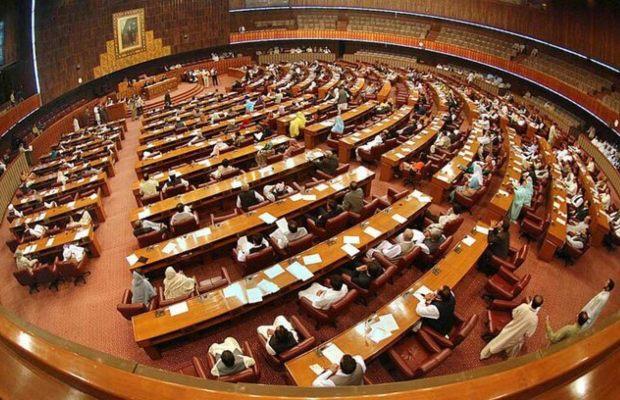 National Assembly is all set to vote on the no-confidence motion against PM Imran Khan on Sunday, March 3!

Deputy Speaker Qasim Suri, who presided over the National Assembly session, adjourned the session till 11:30 am on Sunday minutes after it began.

The Sitting of the National Assembly has been adjourned to meet again on Sunday the 3rd April 2022 at 11:30 am.#NASession #SessionAdjourned

The crucial National Assembly session had resumed after a three-day recess on Thursday to debate the no-confidence motion against Prime Minister Imran Khan.

As being reported, in the 24-point agenda issued ahead of the session, the debate on the no-trust motion against the PM was fourth in order.

Special Assistant to the Prime Minister (SAPM) Babar Awan moved a motion to adjourn the session, at the start of the session so the assembly hall could be used for the Parliamentary Committee on National Security’s meeting that was scheduled to be held at 6 pm.

However, the motion was rejected after voting.

According to the schedule issued on Wednesday by the NA Secretariat, the resolution submitted by Shehbaz Sharif, the PML-N president and Leader of the Opposition in NA, for a discussion on the no-trust motion against Premier Imran was on the list of agendas for the day.

“Through this resolution under clause (1) of Article 95 of the Constitution of the Islamic Republic of Pakistan, this House resolves that it has no confidence in the Prime Minister, Mr. Imran Khan, and consequently he should cease to hold office under clause (4),” the schedule stated.

Following the recent change in MQM-P and other MNAs’ shifts’ in loyalties, PTI is now left with 164 members in its favour, while 177 members are expected to vote against PM Imran Khan.

tweet
Share on FacebookShare on TwitterShare on PinterestShare on Reddit
Saman SiddiquiApril 1, 2022
the authorSaman Siddiqui
Saman Siddiqui, A freelance journalist with a Master’s Degree in Mass Communication and MS in Peace and Conflict Studies. Associated with the media industry since 2006. Experience in various capacities including Program Host, Researcher, News Producer, Documentary Making, Voice Over, Content Writing Copy Editing, and Blogging, and currently associated with OyeYeah since 2018, working as an Editor.
All posts bySaman Siddiqui