Nawaz Sharif to be admitted in hospital in London, Dr. Adnan 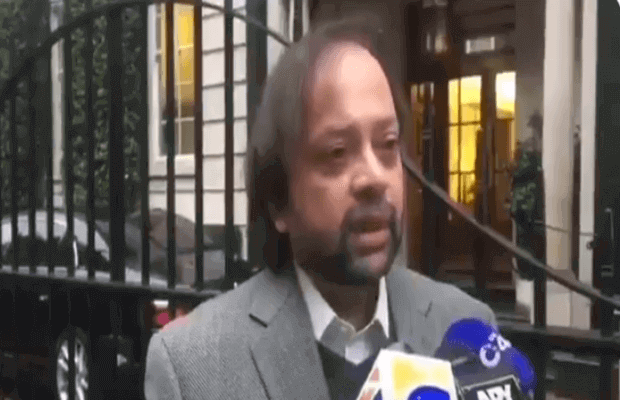 Former Prime Minister Nawaz Sharif will be admitted to the hospital in London on the advice of a leading interventional cardiology professor.

He said that Professor Simon Redwood of the London Bridge Hospital had recommended hospital admission for Nawaz Sharif to undergo an angiogram followed by the further intervention.

Dr. Adnan further said that Sharif was attending the hospital on appointment. He had attended the nearby Guy’s hospital last week for blood tests.

Giving an update on Nawaz Sharif’s medical treatment he told that “He went through the whole medical history of Nawaz Sharif and has recommended that Nawaz Sharif requires cardiac intervention. The doctor has gone through all the details of recent critical medical issues faced by Mr. Sharif. Professor Redwood believes that Mr. Sharif should be admitted to the hospital for the procedure.”

“Once he has gone through all hematological investigations, we will then have a clear picture of what is required next and what the exact treatment should be”, he further added.

tweet
Share on FacebookShare on TwitterShare on PinterestShare on Reddit
Saman SiddiquiNovember 25, 2019
the authorSaman Siddiqui
Saman Siddiqui, A freelance journalist with a Master’s Degree in Mass Communication and MS in Peace and Conflict Studies. Associated with the media industry since 2006. Experience in various capacities including Program Host, Researcher, News Producer, Documentary Making, Voice Over, Content Writing Copy Editing, and Blogging, and currently associated with OyeYeah since 2018, working as an Editor.
All posts bySaman Siddiqui