One dead and 14 injured people were brought to the civil hospital’s trauma center. 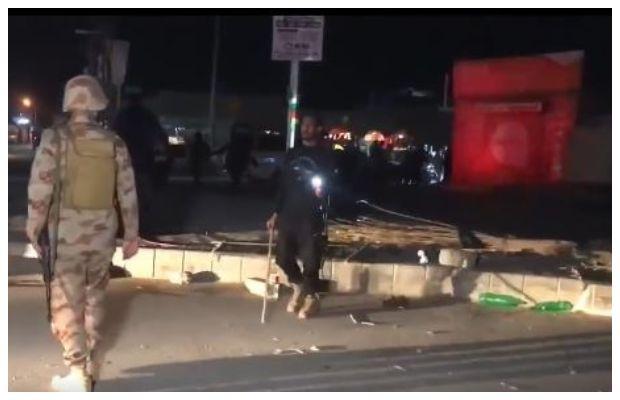 At least one person was killed and another 14 were injured in a hand grenade attack at the Joint Road area of Quetta on Thursday evening.

According to police sources, unknown men threw a hand grenade at a stall that was set up for selling National Flags near Joint Road and flew away from the scene.

As a result, one person died on the spot while 14 people sustained injuries.

Law enforcement agencies (LEDs) reached the spot and cordoned off the area.

According to the Media Coordinator of the Health Department, Dr, Waseem Baig one dead and 14 injured people were brought to the civil hospital’s trauma center.

The injured were provided with treatment.

tweet
Share on FacebookShare on TwitterShare on PinterestShare on Reddit
Saman SiddiquiAugust 5, 2022
the authorSaman Siddiqui
Saman Siddiqui, A freelance journalist with a Master’s Degree in Mass Communication and MS in Peace and Conflict Studies. Associated with the media industry since 2006. Experience in various capacities including Program Host, Researcher, News Producer, Documentary Making, Voice Over, Content Writing Copy Editing, and Blogging, and currently associated with OyeYeah since 2018, working as an Editor.
All posts bySaman Siddiqui