He will be a "professor of practice" at the Moody College of Communication as faculty in the Department of Radio-Television-Film. 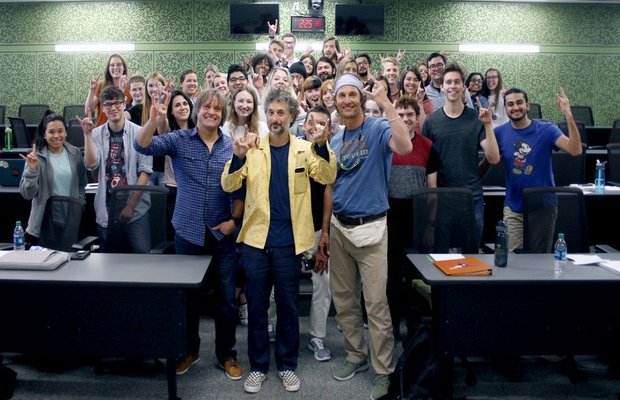 Oscar-winning actor Matthew McConaughey has been appointed as a professor at the University of Texas, where he will be teaching students about taking a film project from script to screen.

Hollywood star will be teaching this fall in the university’s Department of Radio-Television-Film.

Read More : Oscar winning Gladiator gets a sequel after 18 years!

McConaughey, who graduated from UT in 1993, will be a “professor of practice” at the Moody College of Communication as faculty in the Department of Radio-Television-Film, according to a university news release.

He has been a visiting professor since 2015, McConaughey and faculty member and director Scott Rice have been co-teaching the Script to Screen film production class, but now the actor’s name is solely on the syllabus.

According to Jay Bernhardt, dean of the communication college, the class has been conceived and designed by Matthew McConaughey.

It involves “walking through an entire motion picture from the first draft of the script to post-production and release”.

“Matthew cares deeply for our school and our students, and we are thrilled that he shares his time and talent to help prepare the next generation of media leaders and innovators.” 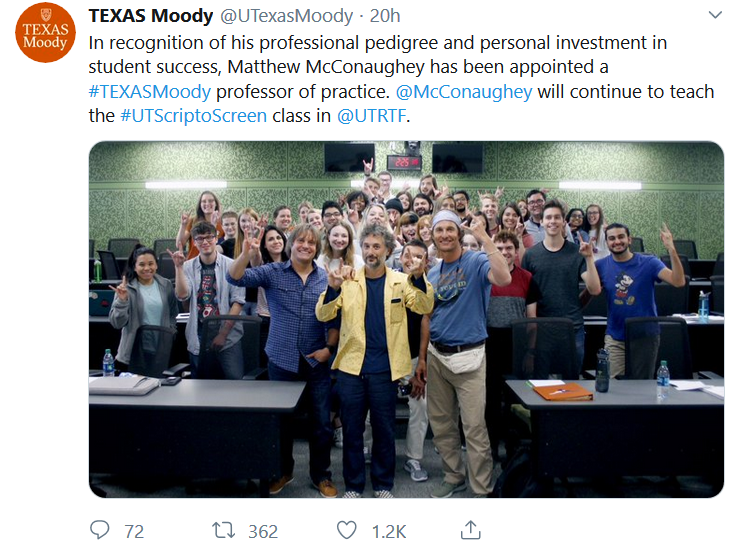 “It’s the class I wish I would have had when I was in film school,” McConaughey said.

“Working in the classroom with these students gives me a chance to prepare them. Making movies, turning words on paper into the film, is both a science and art — no matter the time or generation. The elements of truth and genuine joy for the process are timeless. That will always be our classroom focus,” he added.

According to the university, McConaughey also has the role of “Minister of Culture” in order to create an epic fan experience for UT’s new basketball arena opening in 2021.

Hollywood star McConaughey has over 50 films under his belt, in addition to television shows. His major works include A Time to Kill, The Wolf of Wall Street, Dazed and Confused and Dallas Buyers Club.