Pak vs Sri Lanka: 2nd ODI moved to Monday due to weather conditions after 1st match being abandoned

Tickets sold for the Friday match will be valid for either of September 30 or October 2 ODI. 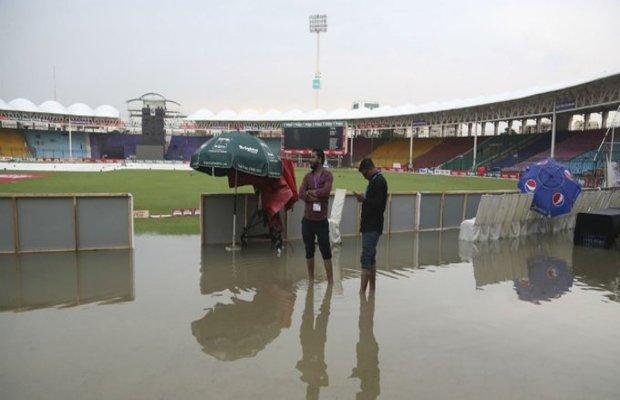 The second match of the Pak-SL ODI series has been rescheduled for Monday instead of Sunday due to the prevalent weather conditions in Karachi.

This was the first time in Pakistan cricket history that a match scheduled at National Stadium Karachi has been called off due to rain.

“This week’s unseasonal heavy rains have forced us to review the series schedule. I am thankful to Sri Lanka Cricket as well as our host broadcasters for agreeing to amend the match schedule to ensure there are no further cancellations due to rain in what is an important bilateral FTP series for Pakistan,” said PCB Director (International Cricket) Zakir Khan.

Thank you cricket fans in Karachi for your patience and braving the weather. We wish you the very best and hope to see you all again for the second and third #PAKvSL ODIs. 🙌🏼

The PCB will also allow refund of all tickets for Friday’s match, as per the PCB ticketing policy for the series.

It has also been agreed that ticket-holders of Sunday’s match, who are unable to attend Monday’s match, will also get full refunds.

Tickets for Monday’s rescheduled second ODI will also be available online and on dedicated TCS counters.