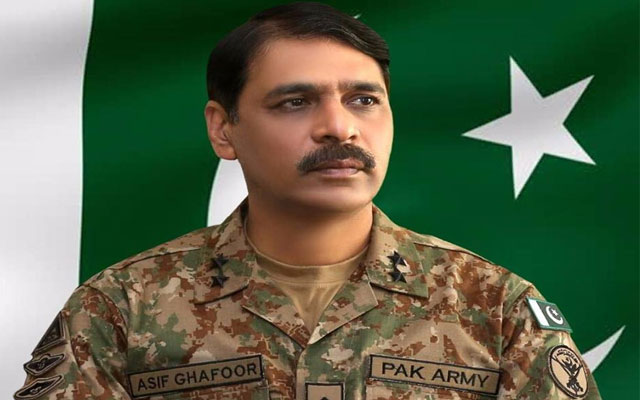 “Pakistan authorities have taken up the case with Twitter and Facebook against suspending Pakistani accounts for posting in support of Kashmir. Indian staff at their regional headquarters is the reason,” he said. 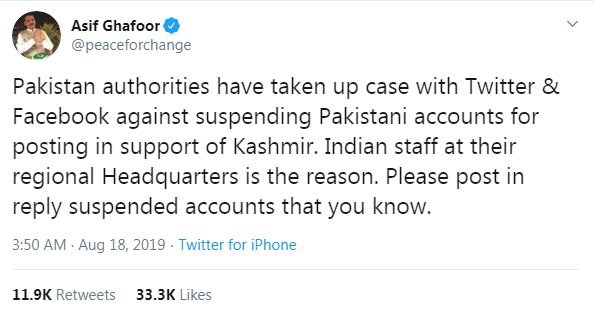 Maj Gen Asif Ghafoor  said the reason behind the alleged suspended social media accounts are the Indian staff working at the regional headquarters of  Twitter and Facebook.

DG ISPR has also requested social media users to share the information of the suspended accounts.

The statement of the military spokesperson comes as #StopSuspendingPakistanis was trending high on Twitter in Pakistan.

Earlier, this week multiple Pakistanis sent a complaint to  the social website Twitter saying that their accounts were being suspended after they posted about Kashmir.

A correspondent of Express Tribune has taken to Twitter to inform that his account has been suspended after he responded to a tweet from Indian Defence Minister Rajnath Singh.

As per ET, the Indian government officials did not deny putting pressure on Twitter to suspend accounts tweeting in favour of Kashmir.