Federal Minister Shireen Mazari has sent a letter to UNICEF chief regarding removal of Indian actress form the position of UN Goodwill Ambassador for Peace. 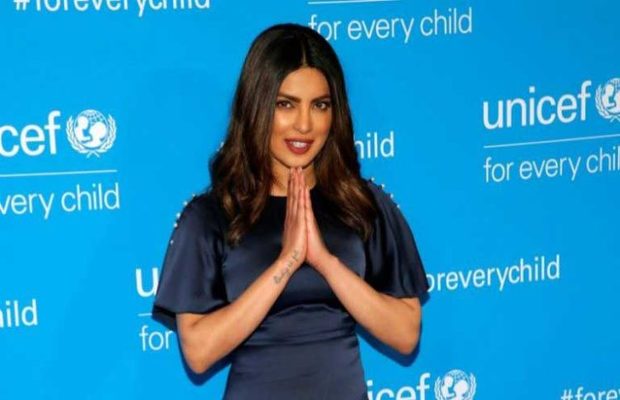 Pakistan has asked the UNICEF to remove Priyanka Chopra as a goodwill ambassador for the contradiction to her professional responsibilities as UN Goodwill Ambassador.

Pakistan Human Rights Minister Shireen Mazari has written a letter to the UNICEF demanding the removal of Priyanka Chopra as Goodwill Ambassador over the Kashmir issue, and also cited the Indian actress’ “jingoism and support” for the Indian government’s action in Kashmir. 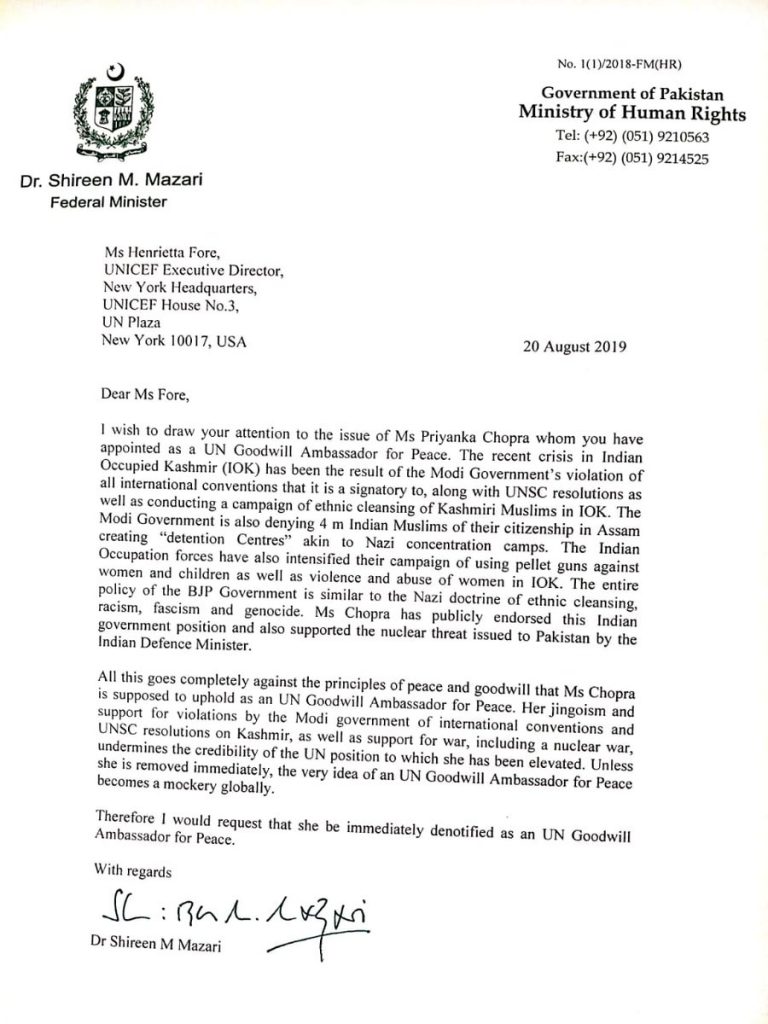 The letter written by Mazari to UNICEF Executive Director Henrietta Fore reads as:

“I wish to draw your attention to the issue of Ms. Priyanka Chopra whom you have appointed as a UN Goodwill Ambassador for Peace,” she wrote to the UNICEF Executive Director Henrietta Fore”

“The Indian Occupation forces have also intensified their campaign of using pellet guns against women and children as well as violence and abuse of women in IoK”, she further wrote.

“All this completely goes against the principles of peace and goodwill that Ms. Chopra is supposed to uphold as a UN Goodwill Ambassador for Peace.

Her jingoism and support for violations by the Modi government of international conventions and UNSC resolutions on Kashmir, as well as support for the war, including nuclear war, undermines the credibility of a UN position to which she has been elevated”, the letter further reads.

Mazari concluded the letter demanding the removal of Indian actress from the said position.