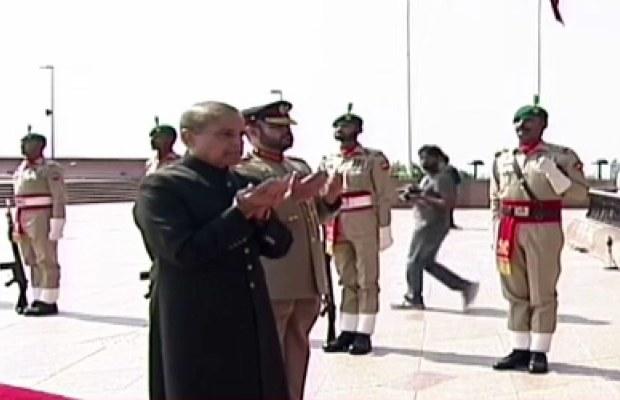 The marks to revitalize the national spirit, remember and eulogize the sacrifices of the martyrs, who laid their lives for the security of the motherland, and marked an exemplary history of patriotism.

Amid the devastating floods, the central Defence and Martyrs Day ceremony to be held at the General Headquarters (GHQ) was postponed by the Pakistan Army.

The floods have wreaked havoc in the areas of Sindh, Balochistan, Punjab, and Khyber Pakhtunkhwa.

Day stated with special prayers were offered after Fajr prayers in mosques for the progress and prosperity of the country.

While Fateha and Quran Khawani were also offered for the martyrs.

A change of guard ceremony was held at the Mazar-e-Quaid (Quaid’s Mausoleum) and Cadets of Pakistan Air Force (PAF) Academy Asghar Khan took over the duties of the honorary guards.

Prime Minister Shehbaz Sharif paid homage to the brave men of the nation and said that our martyrs, Ghazis, crushed the ambitions of the enemy country which was four times bigger than them.

The Inter-Services Public Relations (ISPR) on the occasion in a message said that Defence Day symbolizes the unwavering resolve of the armed forces, backed by the “great Pakistani nation to defend [the] motherland against all odds”.