Prime Minister Imran Khan was the chief guest of the ceremony and addressed the gathering while honouring the Pakistan Air Force. He also lauded the nation for dealing with the crisis wisely. 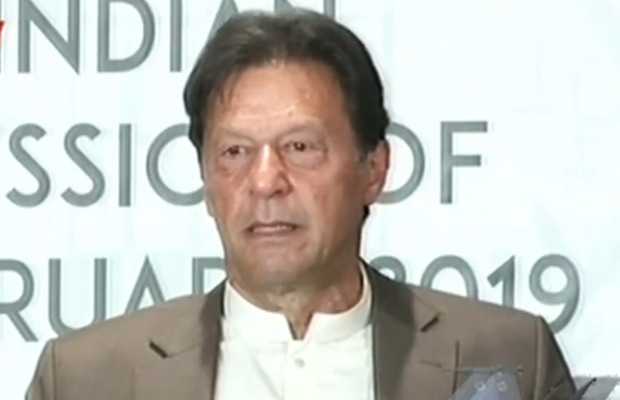 A special ceremony to commemorate Operation Swift Resort was held on Wednesday to laud the efforts of Pakistan’s armed forces a year after Indian jet was downed by Pakistan Air Force after relations between the two countries worsened.

Prime Minister Imran Khan was the chief guest of the ceremony and addressed the gathering while honouring the Pakistan Air Force. He also lauded the nation for dealing with the crisis wisely.

“Our media showed maturity, if you contrast it to what was happening in India and how their media and politicians reacted,” said PM.

Reminiscing the ongoing political situation and crisis with India back then, PM Imran said that we knew that India will show its action after the Pulwama incident. He added that the intelligence reports had explained to him of the situation and that the country was on standby for anything at that time.

Prime Minister Imran Khan also shed light on the ongoing brutality in New Delhi against Muslims, he said that the Indian atrocities will push India towards destruction and it will be equally harmful to the region.

The prime minister appealed to the international community to intervene on the situation saying that he has been apprising the global community regarding the atrocities in Indian occupied Kashmir since last year.

“My first message to our eastern neighbour is that do not think of any ill-considered misadventure, because if you do, we will respond and respond immediately, as it is our right to self-defence,” he said while applauding the PAF.

The foreign minister said that Pakistan wants peaceful relations with its neighbours while highlighting Pakistan’s efforts towards regional peace.