This is the fourth case of wild polio to be recorded globally in 2022. 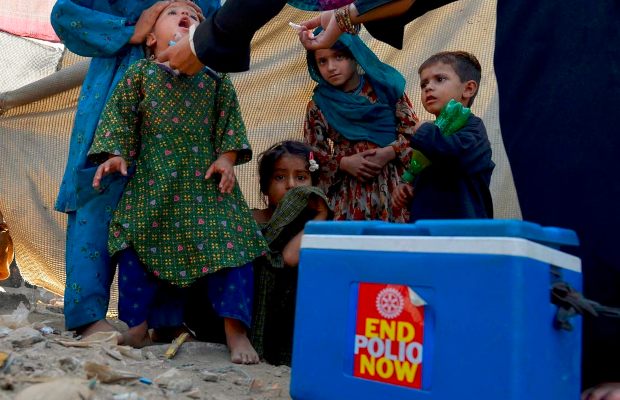 Pakistan reported the second polio case within eight days in the country on Friday.

The health department detected the second case of poliovirus in a two-year-old girl in North Waziristan.

The first case was reported on April 22 in the same district.

“Today, the Pakistan National Polio Laboratory at the NIH, Islamabad, has confirmed the detection of Type-1 Wild Poliovirus from the stool specimen from a 24-month-old girl from district North Waziristan, K-P. The girl had onset of paralysis on 14 April 2022,” says the official statement.


“Pakistan had reported only one WPV1 case in 2021 which had onset of paralysis on 27 January in Killa Abdullah, Balochistan,” it added.

The statement added that genetic analysis of the new Type-1 Wild Poliovirus case shows that the virus belongs to the YB3C cluster and is linked to the poliovirus case reported last week.

Health Minister Abdul Qadir Patel has expressed concern over the new case and said they will eradicate polio in any case.

The health minister said effective measures are being taken on an emergency basis to eradicate the virus.

He said all resources will be used to eradicate poliovirus from Pakistan.