Pakistan has crossed the target set by the UN from zero to 15 percent deployment of female military and staff officers in the peacekeeping mission in only 18 months. 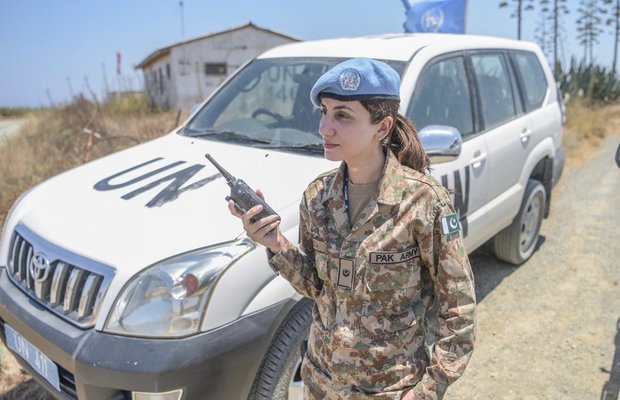 Major Fozia Parveen makes the country proud as she serves the United Nations’ peacekeeping mission in Cyprus among other female military and staff officers.

Pakistan has crossed the target set by the UN from zero to 15 percent deployment of female military and staff officers in the peacekeeping mission in only 18 months.

Pakistan representative to the United Nations, Maleeha Lodhi has lauded Major Fozia for her services in the UN peacekeeping mission in Cyprus.

In a Twitter post, Dr. Maleeha Lodhi while sharing a photo of Major Fozia on patrol, wrote:

“We are proud of our female (and male) peacekeepers who serve in UN Missions. Major Fozia Perveen is serving in the UN mission in Cyprus (UNFICYP), seen here on a patrol in the Buffer Zone. Picture thanks to the UN”. 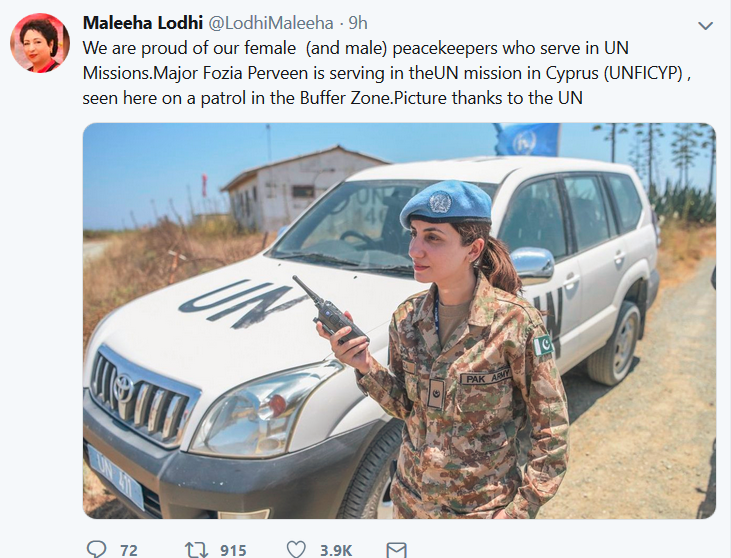 Earlier in April, while participating in a debate of ‘Women in Peacekeeping’, Dr. Maleeha Lodhi said, “We believe, increased participation of female peacekeepers, and encouraging more women to take up mediation roles helps in the stabilization and reconstruction phases of conflicts”. 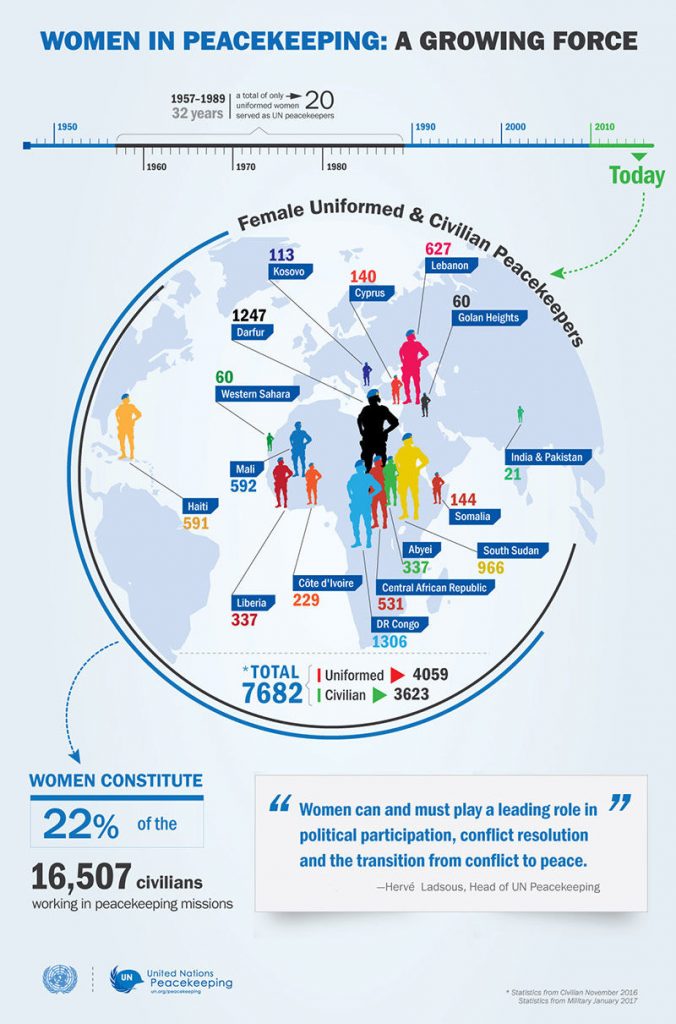 According to the UN, the deployment of Women in all areas including police, military and civilian, have made a positive impact on peacekeeping environments, both in supporting the role of women in building peace and protecting women’s rights.