Pope Francis prayed for peace, calm and international help to open a path of dialogue 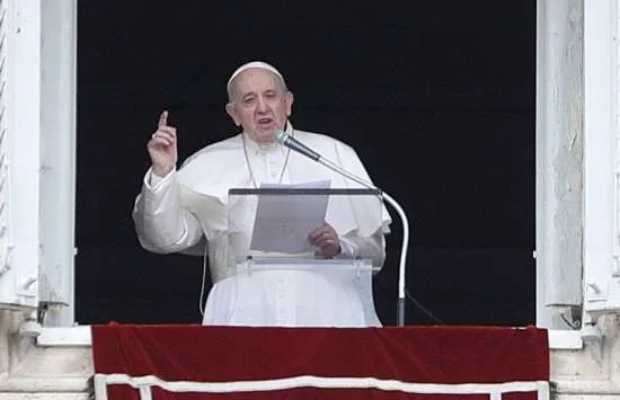 Pope Francis has condemned violence between Israelis and Palestinians as ‘unacceptable’.

The pontiff said that the deaths in particular of children was a “sign that they don’t want to build the future but want to destroy it.”

Pope Francis prayed for peace, calm and international help to open a path of dialogue during his Sunday blessing, delivered from his studio window overlooking St. Peter’s Square.

The pope said: “I ask myself: this hatred and vendetta, what will it bring? Do we truly think that we can build peace by destroying the other?”

He added: “In the name of God, who created all human beings equal in rights, duties, and dignity and are called to live as brothers, I appeal for calm” and an end to the violence.

In a tweet shared on Sunday, The Pope also appealed for peace reiterating his particular compassion for young victims.

“Let us pray constantly that the Israelis and Palestinians may find the path of dialogue and forgiveness,” he wrote.

Let us pray constantly that the Israelis and Palestinians may find the path of dialogue and forgiveness. Let us pray for the victims, in particular for the children; let us pray for peace.

Air attacks over the past week reportedly killed at least 188 people in Gaza, including 55 children, and eight in Israel.

Meanwhile, Israeli airstrikes on Sunday alone killed at least 42 people according to the AP report, the deadliest single attack in the latest round of violence.