PM Imran Khan in his address urges the citizens to remain peaceful, abstain from adhering to acts of provocation 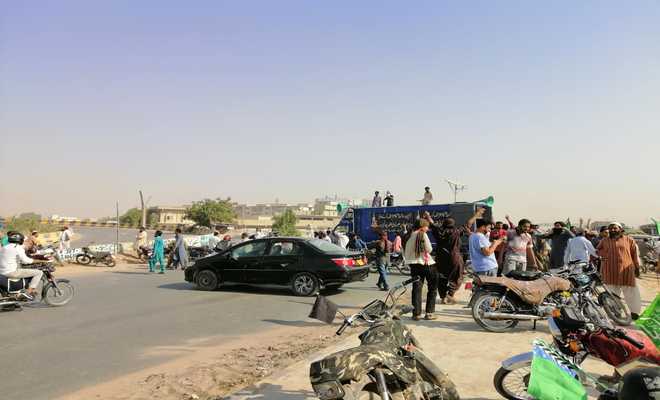 Protests erupted in Karachi along with other parts of country following SC verdict that acquitted Aasia Bibi on blasphemous charges on Wednesday. As the verdict was not welcomed by some fractions of religious groups.

Hours after the SC verdict PM Pakistan Imran Khan while addressing the nation urged the citizens to remain peaceful, abstain from adhering to acts of provocation.

I have come to address the nation on the views expressed by a small faction of our society vilifying the decision of the Supreme Court of Pakistan – Prime Minister Imran Khan pic.twitter.com/O6s77lmyfa

PM in his address quoted, “Today, the Supreme Court of Pakistan issued a verdict,” PM Imran said during his address to the nation. “This decision of the judges was given in accordance with the Constitution, which itself functions under the Quran and the Sunnah”.

He further added, “Those provoking the masses to take to streets, and threatening to attack state institutions will not be tolerated.” 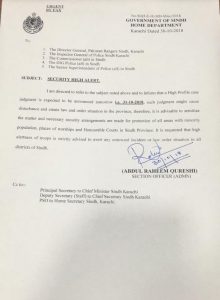 It is not just Karachi, protests have erupted in many other cities of Pakistan. Partial suspension of cellular phone services reportedly affecting different areas of Lahore and Islamabad. Authorities and senior police officials’ meetings are reported to be taking place in Lahore and Islamabad with the main agenda to discuss possible options for clearing blockages.

As blockages remain as per last report in Punjab, Capital and some areas in Peshawar, the crackdown against some of the key leaders and protesters is reported to be already initiated later in the Wednesday evening.