"Threatening police officers including women officers is an act against state institutions," spokesperson of Islamabad Police 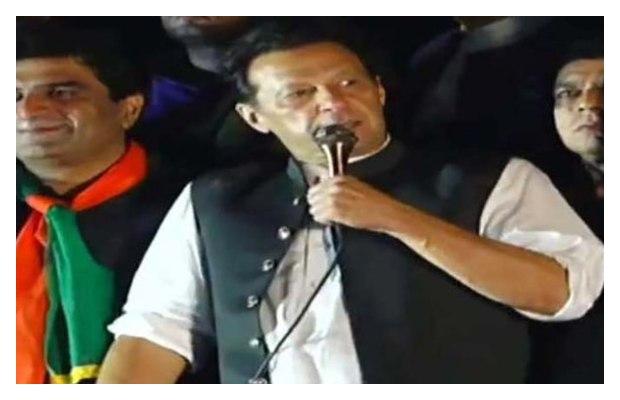 “We will not spare the IG and DIG,” he said while addressing a public gathering at the F-9 park.

Magistrate Zeba, IG & DIG Islamabad be ready for action, we will not spare you, you all should be ashamed oh yourself: Imran Khan pic.twitter.com/vQTQlEbKUt

He alleged that Shahbaz Gill was caught and tortured to send a message and frighten the people that if he could be broken mentally then anyone could.

“What happened with Gill was a blatant violation of law,” he said.

He further went on to say that if a case can be registered against Gill, then, Fazlur Rehman, Nawaz Sharif, and Rana Sanaullah will also face judicial proceedings.

“They [coalition government] is trying to scare us by torturing Gill,” he said, adding that this is a “decisive moment” for the people of the country.

On the other hand,  Islamabad Police announced that action will be taken against those who affect the reputation of the institution.

In reaction to PTI Chairman Imran Khan’s call for registering cases against police officers, the spokesperson of Islamabad Police has said threatening police officers including women officers is an act against state institutions.

“Capital Police is performing its duties with utmost diligence. Every officer and youth of the police are performing their duties according to the law,” Police Public Liaison Officer Islamabad Capital Police said.

“Action will be taken against those who tarnish the reputation of Islamabad Capital Police as an institution and make it controversial,” he added.