Citizens and residents in the affected jurisdictions have 72 hours to return to the kingdom. 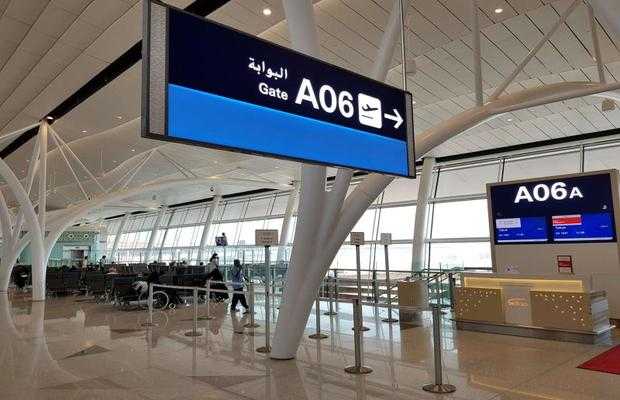 Saudi Arabia has extended temporary travel and flight ban to the European Union and 12 other countries including Pakistan and India for fear of coronavirus spread.

The kingdom reportedly has 45 confirmed coronavirus cases as of early Thursday.

“The Kingdom’s government decided to temporarily suspend the travel of citizens and residents, and to suspend flights to the European Union countries, Switzerland, India, Pakistan, Sri Lanka, Philippines, Sudan, Ethiopia, South Sudan, Eritrea, Kenya, Djibouti, and Somalia,” said the source at the ministry of interior.

Saudi Arabia has also suspended passenger traffic through land crossings with Jordan, while commercial and cargo traffic is still allowed.

Furthermore, the decision grants Saudi nationals and citizens of those countries with valid Saudi residency visas to return to the Kingdom before the travel suspension comes into effect.

As per the announcement, the travel ban will exclude Indian and Filipino medical practitioners working in the Kingdom and evacuation, shipping and trade trips, taking into account the necessary and required precautions.

Earlier on March 9, KSA suspended travel to Oman, France, Germany, Turkey, Spain, United Arab Emirates, Kuwait, Bahrain, Lebanon, Syria, Iraq, Egypt, Italy, and South Korea. It also suspended the entry of those coming from those countries, and entry of those who were there during the 14 days prior to their arrival.

On Feb 27, KSA has already announced the temporary suspension of entry for individuals seeking to perform Umrah pilgrimage in Mecca or visiting the Prophet’s Mosque in Madina, as well as tourists traveling from countries where the coronavirus poses a risk.

tweet
Share on FacebookShare on TwitterShare on PinterestShare on Reddit
Saman SiddiquiMarch 12, 2020
the authorSaman Siddiqui
Saman Siddiqui, A freelance journalist with a Master’s Degree in Mass Communication and MS in Peace and Conflict Studies. Associated with the media industry since 2006. Experience in various capacities including Program Host, Researcher, News Producer, Documentary Making, Voice Over, Content Writing Copy Editing, and Blogging, and currently associated with OyeYeah since 2018, working as an Editor.
All posts bySaman Siddiqui