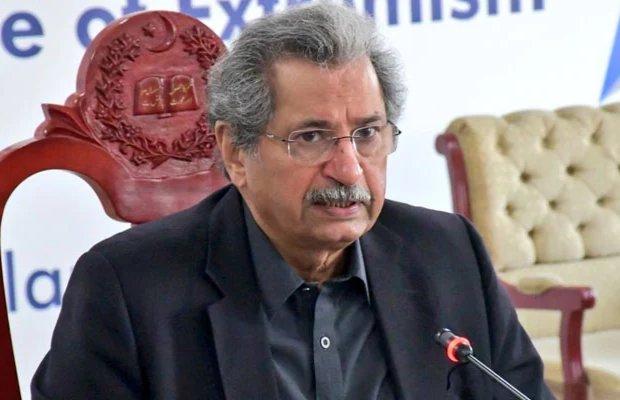 Federal Minister for Education and Professional Training Shafqat Mehmood on Tuesday in a tweet shared the “agreed proposal” for the winter vacation in schools across Pakistan.

“Federal and provincial secretaries met today. The agreed proposal was that winter holidays should be from Dec 25 to Jan 4,” the minister wrote.

He added that further notifications in this regard will be from the concerned governments.

Federal and provincial secretaries met today. The agreed proposal was that winter holidays should be from Dec 25 to Jan 4. Further notifications will be from the concerned governments

The announcement from the federal minister came after recommendations were sought by all provincial ministers during the meeting, which was presided over by Federal Parliamentary Secretary for Federal Education and Professional Training Wajiha Akram.

On the other hand, the Sindh government has already announced winter vacations for schools and colleges in the province from  December 20 to January 1.

It was earlier reported that the government wanted to defer the winter vacation till January so that the ongoing vaccination drive could be completed.

A day earlier, a notification issued by the education ministry stated that the 34th meeting of the Inter-Provincial Education Ministers Conference (IPEMC) will be held to discuss various matters, including vaccination of children between the ages 12 and 18, and shifting of winter vacations to January 2022.