Shahbaz Gill was arrested three days ago for incitement against institutions and their leadership. 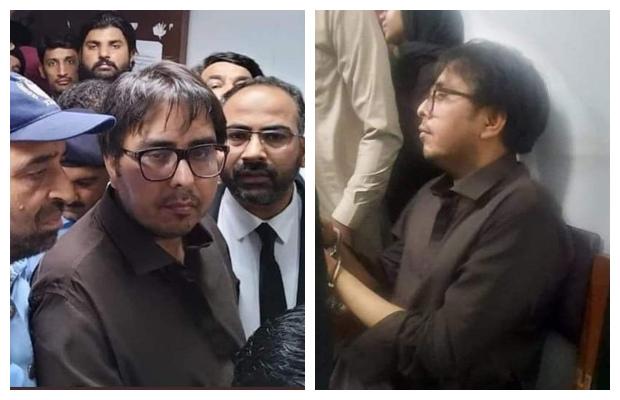 Shahbaz Gill has been sent to jail on Friday after the court rejected the plea to extend his physical remand!

A court heard a sedition case against PTI leader Shahbaz Gill and rejected the prosecution’s plea seeking an extension in his physical remand and sent him to jail on judicial remand.

The investigation officer informed the court that the CD of the private TV channel’s programme in which PTI leader had made anti-army remarks had been acquired and the audio evidence matched.

The court also allowed Gill’s legal team to meet him in the courtroom.

Dr @SHABAZGIL being presented in Court. History will remember the kind of fascism the imported govt is unleashing ! #شہباز_گل_کو_رہا_کرو pic.twitter.com/IXEypDF7rM

Shahbaz Gill was arrested on August 9 on charges of incitement against institutions and their leadership by Islamabad Police.