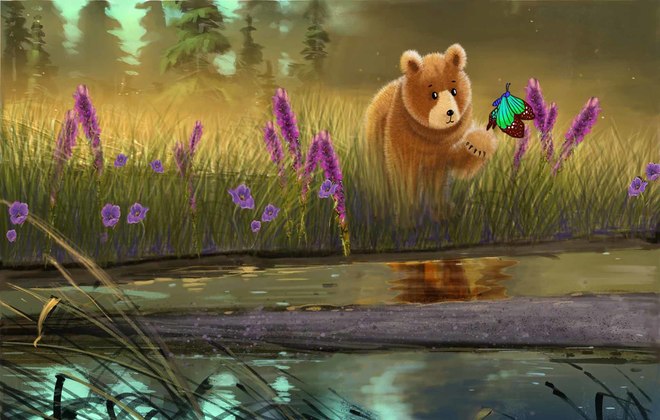 The Deosai Plains are considered one of the last frontiers of natural habitat for the Himalayan Brown Bear that once roamed freely in the mountains. In 1993, the total number of Brown Bear population in the plains had reduced to 19. Critically endangered, the Deosai became designated as a National Park primarily to protect the species and its habitat.

With protective measures and monitoring, the number of Bears has steadily increased over the years, though hunting and poaching of cubs continue to a certain extent.

With the third part, SOC Films hope to critically engage audiences about the need to protect Pakistan’s biodiversity and how every living thing has the right to live freely without fear.

The animated series is a public awareness campaign, in Urdu, with an aim to educate individuals about Climate Change and Global Warming and the steps they can take to make a positive collective change. Indeed, with recent scientific findings speculating the rise of annual global temperatures heading towards 3°C, it is clear that the issues surrounding climate change and rapid global warming will soon become irreversible. It is important now, for every citizen and country to take ownership and responsibility for what products they use and the rate at which they consume them.