Armed forces will be deployed for all provinces and regions, except Sindh 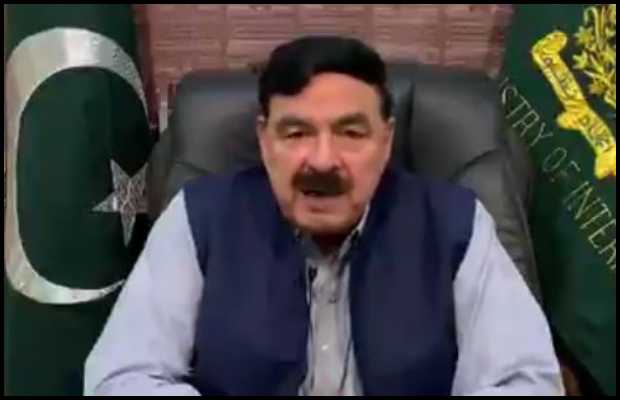 Interior Minister Sheikh Rashid on Sunday has confirmed the deployment of armed forces for all provinces and regions, except Sindh to ensure adherence to Covid-19 SOPs.

The announcement was made via a video message.

“Today, the interior ministry has released the notification for the deployment of army personnel, Rashid said in  the video statement, adding   “With reference to the April 23 meeting of the NCC [National Coordination Committee], led by Prime Minister Imran Khan, it was decided to avail the services of the army.”

“The army that always stood with its people in calamities such as floods and earthquake has now been given this new responsibility,” he said.

“Gilgit-Baltistan, Kashmir, Khyber-Pakhtunkhwa, Punjab, and Islamabad will be able to avail the force’s services as per their need. Sindh not yet a part of this army deployment,” he added.

The Minister said that 3.5 lakh cases are being reported in our neighboring country India on a daily basis. Due to the coronavirus in India, cemeteries and crematoriums have become one. To avoid such a situation, the decision to deploy the army is very big and important so that the people of Pakistan strictly follow the SOPs.

On the other hand, the Sindh government has written to the federal government seeking the deployment of army personnel in the province to ensure adherence to Covid-19 precautionary SOPs.

The letter penned by the home department to the federal interior ministry said, “The services of armed forces of Pakistan in aid of civil power are required under Article 245 of the Constitution of Pakistan.”

“Exact nature of deployment of troops and equipment will be communicated in due course of time after carrying out a requisite assessment in consultation with [the] quarters concerned,” it added.