Reports suggesting that 15% is the positive ratio in Hyderabad is incorrect, says Murtaza Wahab 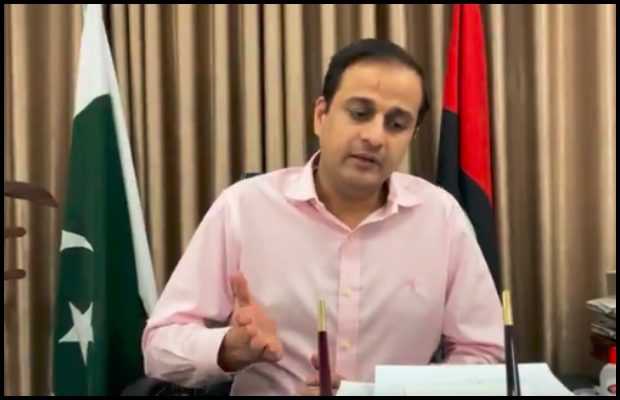 Murtaza Wahab in a video message shared on Twitter, on Monday, said that according to official data of the past few days, the positivity rate in the Hyderabad district stood at 8.7pc.

The statement comes after the NCOC, in a statement, said that the Covid-19 positivity ratio was rapidly growing in major cities, with the rate exceeding 15pc in at least three cities across the country.

Wahab said in a video message, without naming the NCOC, said, “I saw these updates on TV. I investigated and checked this and I want to tell you that to say that positivity ratio in Hyderabad district is 15pc is, in my opinion, is wrong. Situation is not like that”.

“I want to present numbers to you: in the past 24 hours, Sindh government conducted 1,601 tests in the district, out of which 140 people’s results came out positive. The positivity ratio in Hyderabad district is around 8.7pc. If you look at [numbers] from the past 48 hours, about 3,200 tests have been conducted and 276 people have tested positive,” he added.

tweet
Share on FacebookShare on TwitterShare on PinterestShare on Reddit
Saman SiddiquiNovember 10, 2020
the authorSaman Siddiqui
Saman Siddiqui, A freelance journalist with a Master’s Degree in Mass Communication and MS in Peace and Conflict Studies. Associated with the media industry since 2006. Experience in various capacities including Program Host, Researcher, News Producer, Documentary Making, Voice Over, Content Writing Copy Editing, and Blogging, and currently associated with OyeYeah since 2018, working as an Editor.
All posts bySaman Siddiqui