Sohail Akhtar shows glimpses of his talent in a cameo 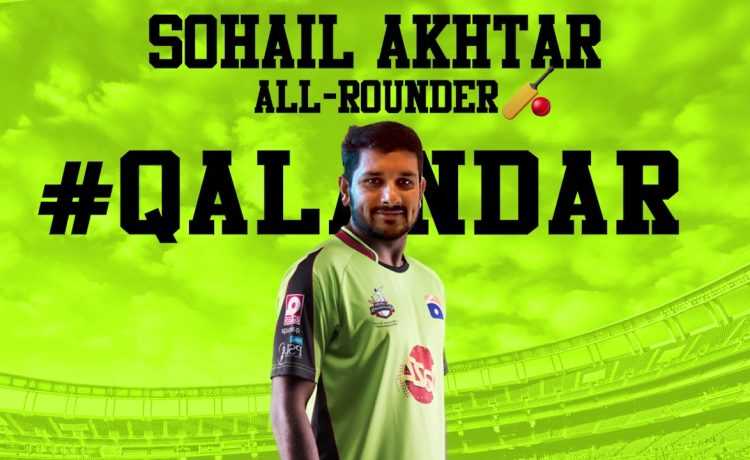 In cricketing circles, there was much clatter about this new all-rounder. Coaches, team mates and opponents alike were praising his talents. In the National T20 cup, he showed that he can muscle the ball over the ropes and bowl with decent pace. But can he do it, when the heat is on? Yesterday Sohail Akthar, showed he can and how.

Would be great if @Bazmccullum open with Fakhar & Sohail with new ball for @lahoreqalandars.Hope sanity would prevail today.#PSL2018

In a little cameo, he showcased he is up for the challenge. Coming in a crunch situation, while Sohail Akhtar wasn’t able to take Lahore to the finish line or even close, there was enough there for his fans and supporters to feel heartened. The three boundaries showed his range as well. Starting with a four over extra cover, when the ball was quite far from him. Moving towards the off stump, he hoicked the next ball well over the fine leg boundary. And last of boundary was smashed over deep point.

Read More : Shoaib Akhtar Slammed for Hypocrisy as He Becomes ‘Too Mellow’ on Pakistan Cricket Team

Imran Tahir, with his mastery came into his own, at the backend of the innings and titled the game in Lahore’s favour. He got Sohail with a flipper, as the batsman shaped to cut the ball but it kept straight and took off stump. Flickering hopes of Lahore Qalandars, were diminishing every ball.

LQs, like last year have a top heavy batting line up. Therefore, they need Sohail Akhtar to take to this level very quickly. He didn’t bowl yesterday but soon he may have to. If Qalandars are to improve, I feel Sohail will have a big part in to play.