The expiry date announced for enchantments of these bonds is March 31, 2020, after that the Rs. 40,000/- bonds will become useless since they would no longer be included in draws.

The Unregistered prize bonds will be considered useless after March 2020. The SBP has also directed banks to stop selling old and unregistered Rs. 40,000/- Prize Bonds.

State Bank of Pakistan has issued a notification regarding Prize Bonds of worth Rs 40,000/- 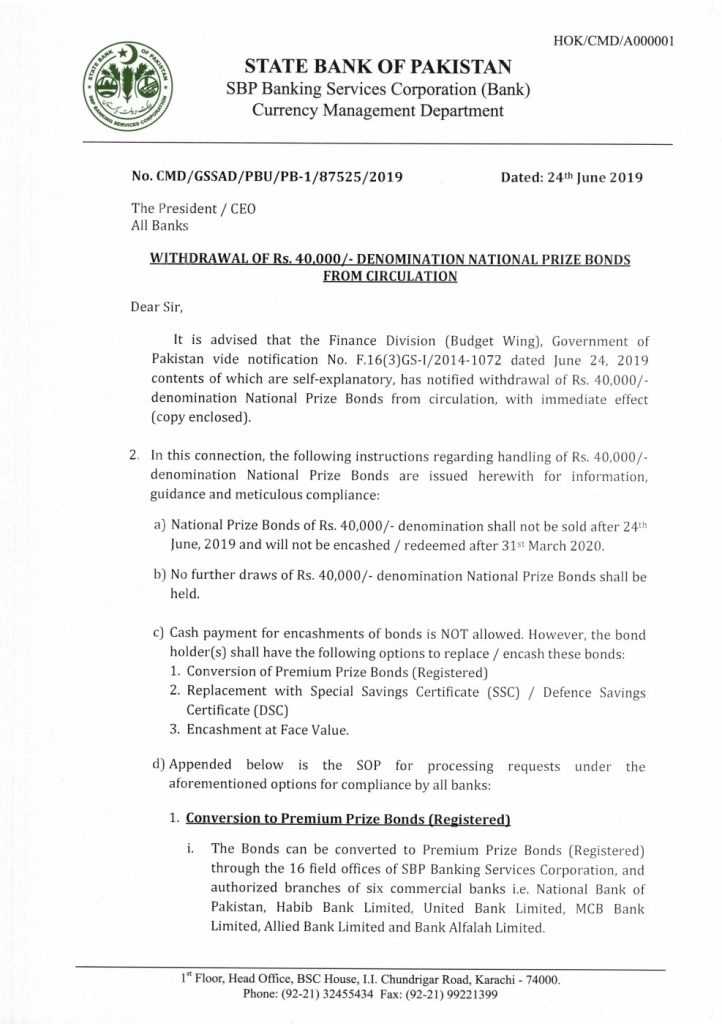 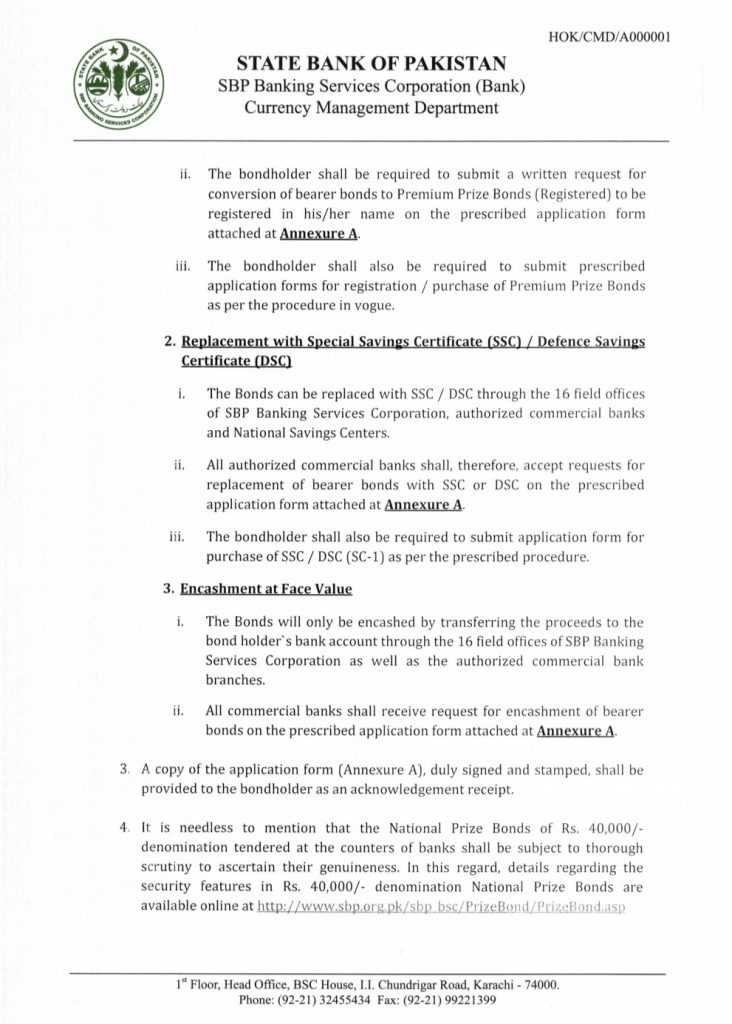 The Chairman Federal Board of Revenue (FBR) Shabbar Zaidi said all the prize bonds worth Rs 40,000/- would be registered till March 2020.

The Bearer of Prize Bond worth Rs 40,000/- can convert to premium prize bonds (Registered) through 16 field offices of State Bank of Pakistan (SBP) Banking Services Corporation and authorized branches of following commercial banks: