The journalist found a woman exercising on PTV objectionable 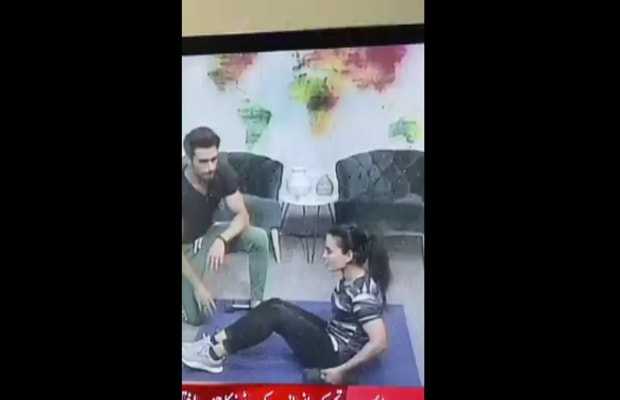 Twitter is a funny world and it becomes funnier when a random Pakistani dude comes up and objects to something as harmless as a woman exercising. But not to worry, plenty of netizens are educated enough to school that objection poser, and this time it was journalist Ansar Abbasi who got schooled pretty hard.

PM @ImranKhanPTI this is PTV. @AsimSBajwa @shiblifaraz,” Ansar Abbasi took to Twitter with a video of a woman exercising on a morning show at the national television channel.

The harmless video which of course intended to promote a healthy lifestyle offended the senior columnist and Twitter was quick to make Abbasi Sahab understand how problematic his concern was.

“If Even an exercise session and women picture on advertisement boards makes you feel amorous, you really need psychic therapy and advice,” Federal Minister of Science and Technology Fawad Chaudhry tweeted in response.

If Even an exercise session and women picture on advertisement boards makes you feel amorous, you really need psychic therapy and advice….. https://t.co/1Xb9tDwr5R

“Pakistani Women this is the mind of Ansar Abbasi which cannot stop sexualising a woman’s body even when she’s doing physical exercise. This is how they sexualise our bodies and blame our bodies for their crimes,” another netizen responded.

Abbasi’s colleague and television host Rabia Anum however took a jibe, “Yes IK please see that only the Woman is working out and the man is not, it’s unhealthy. They both should work out,” referring to the male trainer in the video Abbasi had shared.

Yes IK please see that only the Woman is working out and the man is not , it’s unhealthy. They both should work out.. 🤦‍♀️ https://t.co/Dw0QfETseP