UAE suspends prayers at mosques for 4 weeks amid coronavirus outbreak

The decision applies to all places of worship including temples and churches in UAE. 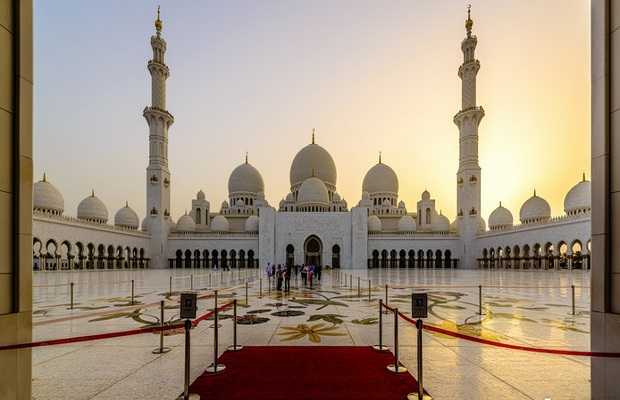 The United Arab Emirates has suspended congregational prayers at mosques, including Friday prayers for a period of four weeks.

On Monday, the General Authority of Islamic Affairs and Endowments (GAIAE) said that the decision was taken to avoid the spread of Covid-19 and protect public health.

The decision has been based on the directives issued by the National Emergency Crisis and Disaster Management Authority (NCEMA) and the Ministry of Health and Prevention, guided by a fatwa issued by the UAE Fatwa Council.

“At mosques, only the Azan (call for prayer) will be given out to alert worshippers about prayer times. Mosque doors will remain closed,” the GAIAE said. “The words ‘pray at home’ will be repeated twice at the end of the Azan.”

The call that signals the start of prayer will not be made. While the ablution halls at mosques will also be closed.

“The situation on the current Covid-19 pandemic will be reassessed after four weeks”, says the statement.

Earlier on Sunday, the Sheikh Zayed Grand Mosque was closed to visitors.

Meanwhile, the authorities in Sharjah had earlier suspended the gathering of worshippers at churches, including services, prayers and other activities.

UAE on Sunday announced 12 new cases of coronavirus taking the tally to 98.

Reportedly, the 12 individuals diagnosed include a South African, an Australian, a Chinese, a Filipino, a Lebanese, a British, an Italian, an Iranian, an Emirati and three Indians.

The Ministry of Health and Prevention (MoHAP) announced that three more people had recovered from Covid-19, taking the total number of recovery cases in the country to 26.