US dollar hits Rs230 in the interbank 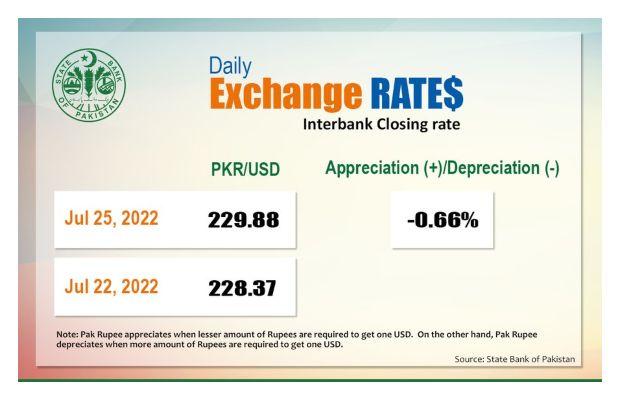 US dollar hits Rs230 in the interbank on Monday!

A reported the US currency was being traded at around Rs230 in interbank after appreciating by Rs1.63 compared to the previous close of Rs228.37.

However, the rupee regained some ground after having slipped to 232 in intraday trading.

According to the data released by the State Bank of Pakistan (SBP), the local currency closed at 229.88 against the greenback.

The acting governor of Pakistan’s central bank, Murtaza Syed, in a recent presentation to international investors said: “Markets are responding to these shocks in an unfairly broad-brush way, without paying enough attention to Pakistan’s relative strengths.”

SBP Deputy Governor Dr. Inayat Hussain in an exclusive with SBP Podcast said that since December 21 PKR has depreciated by 18% and 12% of it is owing to the strengthening of US$ globally.

“Domestic factors are also at play. We expect the demand-supply gap to narrow soon,” he added.