US Election Result 2020 Update: Race for the White House Narrows Down 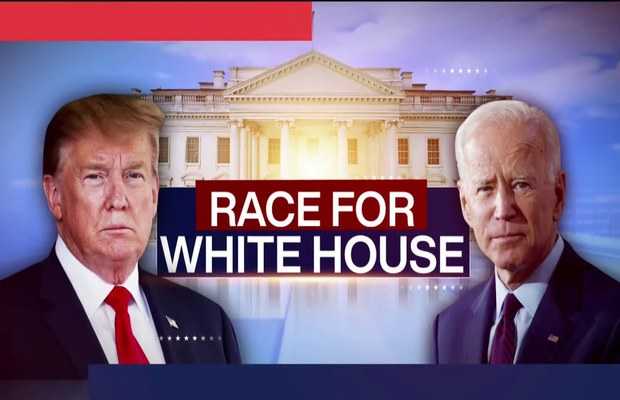 As per the latest projections, Biden has 253 electoral college votes as against the 214 won by Trump.

As per the latest updates arriving, former vice president Biden is 1 state away to become 46th President; while Trump is trailing by 50  votes.

Biden notching crucial wins in Michigan and Wisconsin led to President Donald Trump’s hopes of clinching reelection seems to be slipping away.

Meanwhile, as results pour in, Trump’s supporters have gathered at vote-counting centers in Detroit and Phoenix. Where authorities have prepared for any kind of violence.

All eyes are now set on results from Pennsylvania, Georgia, and North Carolina. Trump has been performing badly in these states as his margin has shrunk dramatically by half.

The Trump campaign is challenging vote counts in the key states of Wisconsin, Georgia, Pennsylvania and Michigan.

As per AP, Michigan went for Democrat Joe Biden on Wednesday. Nevada, Pennsylvania and Georgia are undecided.

The Trump campaign also is seeking to intervene in a Pennsylvania case at the Supreme Court that deals with whether ballots received up to three days after the election can be counted, deputy campaign manager Justin Clark said.

Joe Biden has even overtaken Barack Obama’s record with over 70 million votes and counting.

According to the National Public Radio (NPR)As of November 4 , Joe Biden had got over 70.7 million votes, more than any presidential candidate in the United States.

tweet
Share on FacebookShare on TwitterShare on PinterestShare on Reddit
Saman SiddiquiNovember 5, 2020
the authorSaman Siddiqui
Saman Siddiqui, A freelance journalist with a Master’s Degree in Mass Communication and MS in Peace and Conflict Studies. Associated with the media industry since 2006. Experience in various capacities including Program Host, Researcher, News Producer, Documentary Making, Voice Over, Content Writing Copy Editing, and Blogging, and currently associated with OyeYeah since 2018, working as an Editor.
All posts bySaman Siddiqui