The acquittal means President Trump will remain in office despite becoming the third president in American history to be impeached. 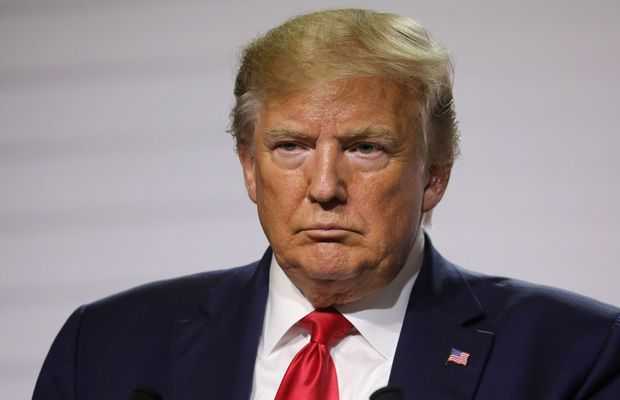 US President Donald Trump has been acquitted of both his impeachment charges in the Senate on Wednesday.

The Senate voted to acquit President Donald Trump of the two charges against him in his impeachment trial.

The final vote has brought an end to a divisive political process that’s divided lawmakers and the US nation since late last summer.

The vote came after a bitter fight between House impeachment managers, who acted as prosecutors in the president’s trial, and Trump’s defense team over his dealings with Ukraine.

48 senators, including every Democratic and independent senator, as well as, the Republican Sen. Mitt Romney voted to convict Trump. Meanwhile, 52 senators, all the Republicans have voted to acquit him.

“I believe that attempting to corrupt an election to maintain power is about as egregious an assault on the Constitution as can be made and for that reason, it is a high crime and misdemeanor,” said Sen. Romney, who only voted guilty on the abuse of power charge. “I have no choice under the oath that I took but to express that conclusion.”

It is historic for the US that for the first time a member of the president’s own party voted to convict and remove him from office.

This means that the US President Trump will now remain in office despite becoming the third president in American history to be impeached.

To date, no American president had ever been removed from the office because of impeachment charges.

Earlier, two US presidents Andrew Johnson and Bill Clinton were also acquitted in the Senate, while President Richard Nixon resigned from office on August 9, 1974, before he could be impeached for the Watergate Scandal.

Last year in December, Trump was impeached for abuse of power and obstruction of Congress. The charges relate to his effort to strong-arm Ukraine into interfering in the 2020 election and his subsequent attempt to cover up that effort by stonewalling Congress’ investigation of the matter.

The charges were leveled as the investigators in the House of Representatives found that Donald Trump had withheld nearly $400 million in military aid to Ukraine while bribing the country into digging up dirt on his political rival Joe Biden and his son Hunter in connection with his role on the board of a Ukrainian energy company.

tweet
Share on FacebookShare on TwitterShare on PinterestShare on Reddit
Saman SiddiquiFebruary 6, 2020
the authorSaman Siddiqui
Saman Siddiqui, A freelance journalist with a Master’s Degree in Mass Communication and MS in Peace and Conflict Studies. Associated with the media industry since 2006. Experience in various capacities including Program Host, Researcher, News Producer, Documentary Making, Voice Over, Content Writing Copy Editing, and Blogging, and currently associated with OyeYeah since 2018, working as an Editor.
All posts bySaman Siddiqui