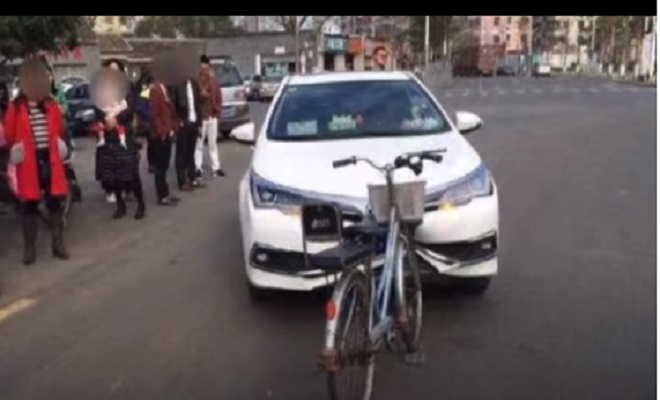 A recent incident in the city of Shenzen in South China has left all netizens in shock. A bicycle crashed into a car recently, visibly destroying its bumper while remaining intact itself.

Although the image of being thought as being fake but local police in the area assured that it wasn’t.  A video was also released from the site of the accident assuring the citizens of the authenticity of the image.

Whenever a bicycle and a car collides, damage is expected to occur to both vehicles. While a car usually gets a minor scratch or two, the two wheeler suffers more. However, this case has stunned all as the bicycle remained intact in this incident while the car suffered the most damage, the bumper being visible dented.