Pakistan in both innings have tried to steal singles 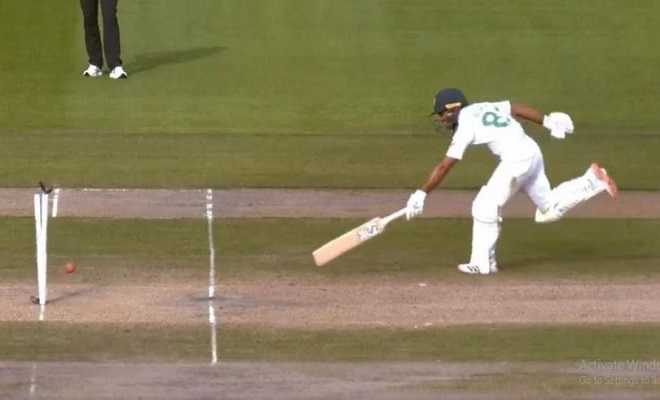 “A lot of balls today probably beat the bat or got the edge, we had two LBWs turned around, one with a feather. I think we bowled well as a unit, but we didn’t have a lot of luck. Most of their singles were a bit suicidal and it only takes one direct hit and then who knows. They were very lucky with the running as well.”

Jofra Archer on the end of day two highlighted the need for England to hit the stumps. It seemed Pakistan’s team strategy to sneak in singles. England’s aren’t particularly a poor fielding side. Yet, Pakistan with some urgency in running and a bit of luck were able to run some singles, which many teams might have avoided. The partnership between Shan and Shadab epitomized this strategy.

Back in 2006, when Mohammad Yousuf and Younis Khan, had those incredible partnerships in England, those were built on quick singles. The current Pakistan batting coach is the man who has been run out 199 and never bothered about it. This was his game, and he wasn’t going to budge from it. That is what he has instilled in this side and it showed in the 1st innings.

However, in the 2nd innings, with the pitch wearing, and bowlers on top, Pakistan again tried to follow the same strategy. Mohammad Rizwan and Asad Shafiq were pulling away with the match a little bit. A 38-run partnership doesn’t seem like much, but with 107 runs in credit, another dozen overs of the two would have perhaps batted England out of the match. Jo Root’s insistence on bowling Dom Bess, against two players who definitely prefer spin, especially off-spin, also helped.

But then Dom Sibley happened. The man who has been extremely vocal about how he has worked on his fitness and lost a fair amount of weight was on hand to inflict a one hand direct hit, sending Asad Shafiq back to the pavilion. Thus far, Shafiq had looked decent. Working around the seamers and cashing in on Dom Bess, he looked as assured as any other Pakistan batsman had.

The high-risk strategy, which paid rich dividends in the 1st innings, failed in the 2nd innings. Perhaps, it was rather a lack of judgement from Rizwan and overzealousness by Shafiq. There was never a run there as the batsman found himself out of the frame with the ball hitting the stumps.

Nevertheless, Pakistan has inched towards a decent enough total. Given the nature of the wicket, they would start as favourites, even if the remaining two wickets fail to add too many. However, in the few days between test matches, Pakistan’s coaching staff would need to find a way to differentiate between almost a run, and a suicidal attempt. It’s a test match after all.