The left hander brought solidity and fortitude to the English side 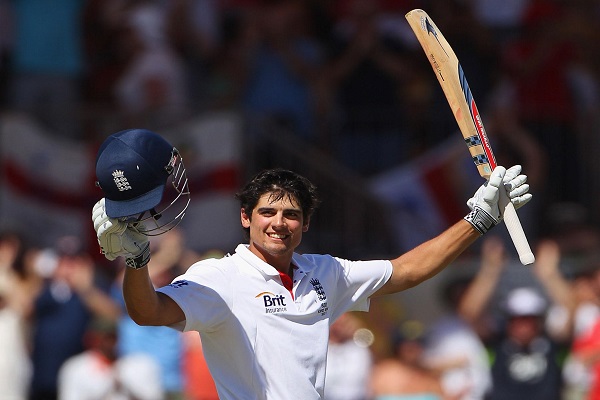 Pakistan had placed all their eggs in the Yasir Shah basket, as has been there strategy since Saeed Ajmal’s forced ouster. A mixture of our reluctance for systems and talent popping up every now and then, has meant we never have back up plans. We didn’t have one when England toured the UAE and Yasir had back trouble. Pakistan ended up playing 3 seamers, and then collapsed in the 2nd innings, escaping defeat by the skin of their teeth.

In amongst that. There was a master class by Alastair Nathan Cook. 263 runs. Each one of them earned over 836 minutes in the sweltering heat of the UAE. It is a well-known fact that Cook, does sweat. Well, he did that day. Misbah ul Haq, when it comes to runs, is a as frugal a captain as they come. It was his home ground, a fortress that remained unconquered while he was the general, yet Cook put up the most honourable fight.

Those 263 runs out of over 12250 signified what Cook stood for. How much does he value his wicket? What price does he put on his wicket? Only Cook can answer these questions. But from the outside, it meant just about everything to him. He has won over any doubter with sheer will power. They used to say he has only 3 shots, the cut, the cover drive and the nudge of the hips. By scoring heaps of runs as an opener mostly in English conditions, facing the Duke ball, he has proved his greatness. That average of 44, triumphs a middle order batsman’s average of 50 in relatively easier conditions.

In a world of quick gratification, Cook provided example of putting in the hard yards. But his watch has ended now and for those who love the graft of test cricket, winter of T20 has come!