In recent years Pakistan has changed tact to some degree 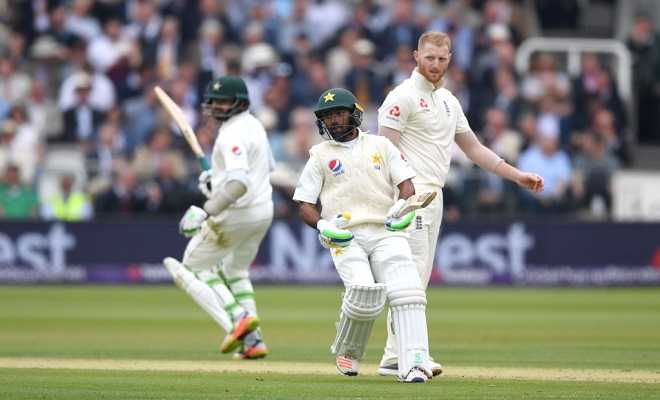 Test cricket is hard. Batting even more so. Just ask Fawad Alam. After 11 years of toil in the domestic cricket, he was adjudicated LBW via the DRS. Had the ball pitch 2 millimetres to its left, he would have survived. With overcast conditions, a seaming wicket, a Duke Ball constant breaks in play and four typical English seamers to take advantage of the conditions, it was really a thankless job to be a batsman.

It’s not often we say that about batting as a trade. It’s the bowler’s job to serve it up. Batsmen are there to feast on. ICC has ensured that this colonial modus operandi continues. But who can fight the weather gods? Plus generally, over the past two and a bit years, bowlers have made a comeback globally. An average batsman during this period is scoring at 29s. 2018 was the worst year for batting in 62 years, with an average of 24 per wicket. Bowlers have somehow found a way to dominate.

In this backdrop, we saw two men trying to take their game to the next level. Younus Khan and Misbah ul Haq left the team together. Azhar Ali and Asad Shafiq were supposed to take on the mantle. But couldn’t. Azhar’s form has fallen off a cliff. His batting looks like a non-swimmer trying to survive ocean, barely keeping his nose out of the water, before it eventually engulfs him. Asad’s Shafiq’s regression has not been so pronounced but still, his average has dipped by 9 runs almost, when it was expected to go the other way.

Naturally, we hear familiar slogan…cut do, mar do, jala do. Unfortunately, this doesn’t constitute a selection policy. Pakistan since the Misbah era has changed tact a bit. Largely players are not discarded after one innings (One hopes Fawad doesn’t either). A testament to this change has been the 70 odd test Asad Shafiq has played consecutively.

Azhar Ali resolved a high problematic number three position for a long period. Asad Shafiq has an outstanding record at 6. A lot of investment has gone in on both. This is supposedly the time to reap rewards of that investment. Azhar’s fitness issues are a concern but Shafiq hasn’t had such problems. They don’t get to play much cricket anyway. Pakistan’s tests come in a burst of 5 or 6 maximum and then there is nothing for months.

With a New Zealand tour coming up, it would be far from ideal to throw in two new players in the 11. Azhar and Asad have shown in the past that they can score runs in England and New Zealand. Given the difficulty of becoming a test quality batsman, it is imperative that both Azhar and Asad are given the long rope.

With the pressure mounting on Azhar, the foolish decision to appoint him captain looks all the more absurd now. But that shouldn’t automatically translate into a dropping. Pakistan can ill-afford two more holes in with already is a fragile batting line up. It always has been and perhaps will always be on. Azhar and Asad should be given a chance to rebuild their careers.