#PAKvAUS: David Warner in Pakistan is such a vibe

David Warner tried out various dance moves in the field during the Rawalpindi Test. 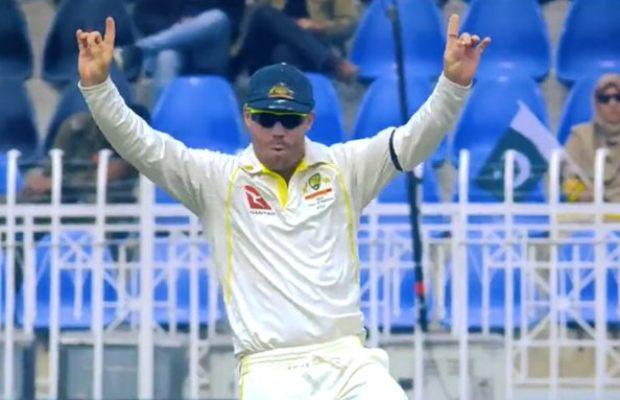 David Warner in Pakistan is such a vibe!

Though the first Test at Rawalpindi ended without any conclusion after some brilliant performances with the bat, still the cricket fans cheer for the moments they witnessed.

Australian cricketer David Warner is at it again, he is winning the internet with some desi moves on the field other than bat and ball moments.


David Warner channeled the dancer in him during the first test match.

And acknowledging his spirits, PCB has shared a half-minute compilation of Warner’s dance moves.

From the first day of the test, David Warner who is known for sharing some dance moves on his social media accounts was the center of attraction.

David Warner tried out various dance moves in the field during the Rawalpindi Test.

Fans are sharing their own versions of favourite moments:

Even after 160 overs in the field, @davidwarner31 is still entertaining the Rawalpindi crowd with a dance. That's why we love him as do the people of Pakistan. #PAKvAUSpic.twitter.com/XgG04hb2QH