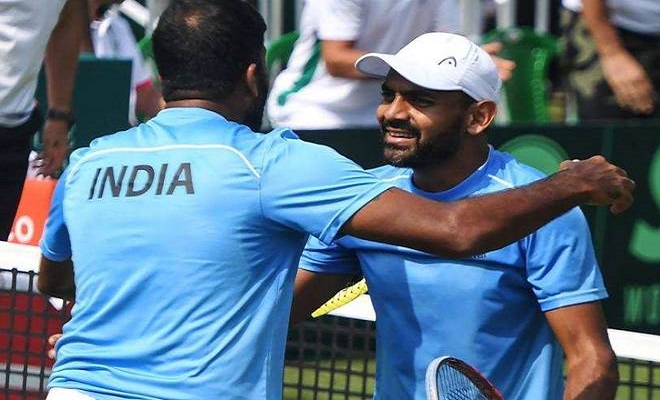 Indian tennis team is set to tour Pakistan to compete in the Asia/Oceania Zone Group I Fixture. Indian tennis team last toured Pakistan 55 years ago. Tennis federation from both countries confirmed that a six-player Indian squad, along with the support staff, captain, and other officials will travel to Islamabad in September.

“It is not a bilateral series, it’s a world cup of tennis. So, we have to go,” All India Tennis Association (AITA) Secretary-General Hironmoy Chatterjee, told ANI news agency on Sunday.

Pakistan Tennis Federation (PTF) confirmed to Al Jazeera that they have received the list of delegates which includes the name of AITA President Anil Khanna.

“We are making all efforts to make it a pleasant, safe and secure tie,” said Saifullah.

On field, history is not on Pakistan side, as they have never beaten India in 6 Davis Cup matches. However, India visiting is good news, as international teams are getting comfortable with the idea of playing in Pakistan.

Pakistan team will be announced at a later date. However, Aqeel Khan would be a part of it and PTF would hope Aisam ul Haq also represents Pakistan.