“It’s out of our hands, one of those things I don’t want to comment on too much," England women team captain said. 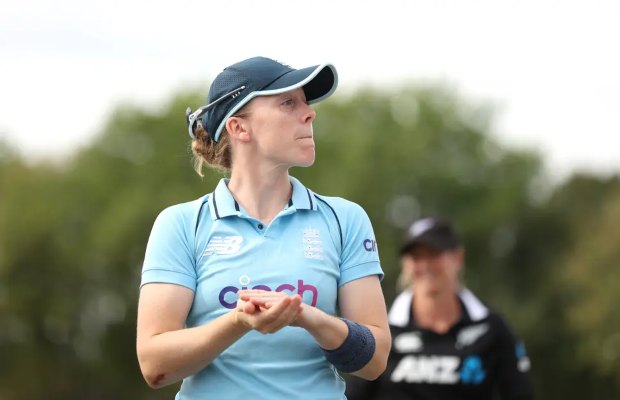 England women team captain Heather Knight speaking on Pakistan Tour Called-Off said, “we were told and that’s the end of that.”

The skipper added that the decision of the England and Wales Cricket Board (ECB) to pull out of the series against Pakistan is out of their hands and the players have no say in the matter.

“It’s out of our hands, one of those things I don’t want to comment on too much. We were told and that’s the end of that,” Heather said during toss for the third ODI against New Zealand at Grace Road, Leicester.

Speaking after her side’s three-wicket defeat to New Zealand at Leicester, she said: “We found yesterday that the board had made the decision for us not to go and it’s above our heads a little bit.

“I think the conversation and the communication between the board and PCA (professional cricketers’ association) is a strong one, and it was a tricky situation with what had gone on with New Zealand.

It was earlier this week that the ECB on Monday decided to pull out of the upcoming white-ball tour of Pakistan by its men and women’s teams citing security concerns as the reason.

The England Cricket Board (ECB) on Monday in a statement said, “we understand that this decision will be a significant disappointment to the PCB, who have worked tirelessly to host the return of international cricket in their country.”