Fast bowler has taken only 10 matches to reach third place! 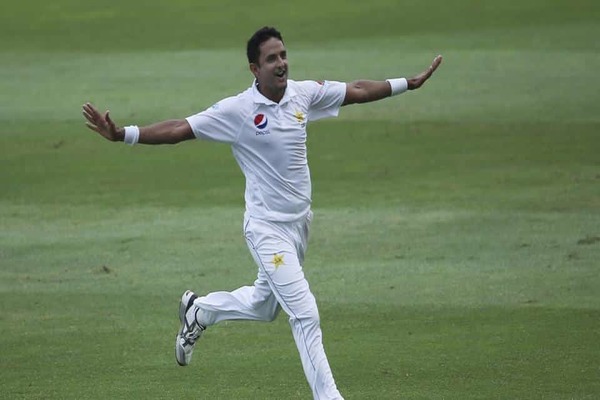 Fast pacer Mohammad Abbas has moved up 11 places to break into the top three in the latest ICC Test bowlers rankings. His recent performance in the test match against the cricketing giant Australia in UAE, following his 17 wickets is the reason for the jump in the ICC test list.

He took just 10 test matches to reach the third position from 14th and he is now only behind South Africa’s Kagiso Rabada and England’s James Anderson.

After Pakistan's 1-0 Test series win over Australia, find out who has made the biggest gains in the @MRFWorldwide ICC Test Rankings.

Abbas has taken 59 wickets in his 10 matches and became the joint second-fastest Pakistani to take 50 wickets during the second Test. He shares this mark with legendary paceman Waqar Younis and Shabbir Ahmed. Leg-spinner Yasir Shah was the fastest to reach 50 wickets, taking just nine Tests.

Other Pakistani bowlers who reached the 800 rating points include Fazal Mahmood, who took 16 Tests. Imran Khan and Wasim Akram both took 37 Tests to achieve this mark. Waqar Younis took 12 Tests and Mushtaq Ahmed took 25 matches are also part of the list.

Few Other Pakistani bowlers on the list include Shoaib Akhtar who achieved the feat in 29 Tests, Mohammad Asif and Saeed Ajmal who both broke the barrier in 19 Tests.

tweet
Share on FacebookShare on TwitterShare on PinterestShare on Reddit
Saman SiddiquiOctober 21, 2018
the authorSaman Siddiqui
Saman Siddiqui, A freelance journalist with a Master’s Degree in Mass Communication and MS in Peace and Conflict Studies. Associated with the media industry since 2006. Experience in various capacities including Program Host, Researcher, News Producer, Documentary Making, Voice Over, Content Writing Copy Editing, and Blogging, and currently associated with OyeYeah since 2018, working as an Editor.
All posts bySaman Siddiqui