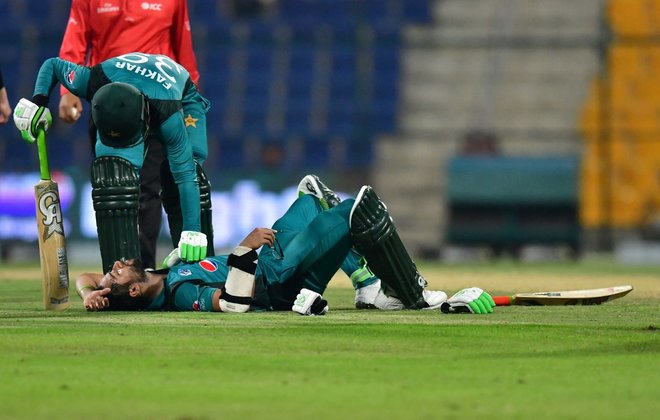 Pakistani opener Imam-ul-Haq, was rushed to hospital for “precautionary tests” after suffering a blow to the helmet during the second ODI against New Zealand in Abu Dhabi.

According to the latest development there is nothing serious about Haq’s injury, his all scans are clear and will remain under observation under team’s physio. News was confirmed by PCB.

Imam ul Haq all scans clear. He joined the team and will remain under observation of Team Physio. pic.twitter.com/wrYn9FUfWG

Opener was struck on the grille off the first ball of the 13th over from New Zealand fast bowler Lockie Ferguson. The short ball rose sharply as Imam was beaten by the pace of the bouncer while trying to pull it away. Moments later, Imam was laying on ground, though he did not lose conscious. Umpire Shoaib Raza intervened for seeking doctors help, as Imam’s batting partner Fakhar Zaman and Kiwi skipper Kane Williamson checked on him. PCB spokesperson confirmed that Imam was conscious inside the ambulance while being driven to the hospital. At hospital, after thorough examination and going through several tests Imam ul Haq was discharged. His all scans are reported to be clear, he joined the team back, but will remain under team physio’s observation, reports PCB. It will be announced later, either he will take part in 3rd ODI or not.

Imam ul Haq had just returned back to the side for this ODI series against New Zealand after suffering from finger injury in the second Test match against Australia last month.