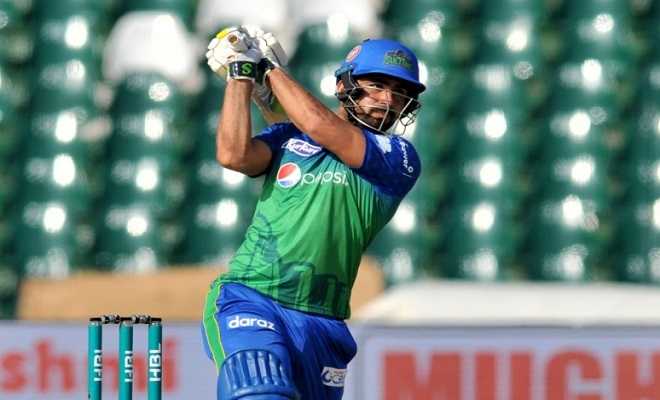 he Pindi leg of the National T20 Cup began yesterday with two cracking games. Fans were treated with two hundreds in one match and the triumphant return to cricket for Babar Azam and Faheem Ashraf. Southern Punjab just about edged Sindh by two wickets while Central Punjab batted their way to an upset win over Northern.

Perhaps it were the dimensions of the ground or it could have been Northern’s always attack approach, that prompted a rather interesting tactic by Central Punjab…bowling wide outside off stump. Faheem Ashraf who a couple of years ago could hit the “hard length” day in day out was trying different to hit lengths. Even the leg spinner Usman Qadir also bowled some well outside off. It worked in the end with Faheem and Qadir…but it’s a strategy fraught with risk.

The Return of Faheem …and Babar

Well, if Faheem could translate his batting prowess into some form of results, he could be a fixture in the Pakistan team. Yesterday to some degree we again saw that the talent and timing in the bat is there. There needs to be more application. As for Babar… he did what he is used to it by now. No surprises there.

The Akmalesque Drop … with Kamran Akmal the Beneficiary

Three catches dropped in three overs. This was worse than in Sydney in 2010. Only this time, instead of being the dropper, Kamran Akmal was the beneficiary. The 1st drop by Shadab Khan was a 50-50 chance for a normal fielder but Shadab isn’t a normal fielder. You expect him to hang on to anything. The most concerning one was by Rohail Nazir. Kamran Akmal made a “tara” of a top-edged pull. Rohail Nazir had ages to get beneath this one. He did and then went on to drop it. The ricochet could have hit the stump, with a surprised Akmal well out of his crease. It didn’t.

Sindh’s batsmen were pumped yesterday. Khurram Manzoor with his gesturing was responding to someone. But we all know what the experienced opener is capable of at this level. The slight surprise cam with the innings Asad Shafiq played. Hooks, pulls, and glides to 3rd man boundary, yesterday his backfoot game was on point. If only Shafiq could express himself in the test matches, Shoaib Akhtar would start loving him.

Khushdil Shah Glad not to be Sitting Out

Well, what can you write about someone who smashes a ton of 36 balls? Brutal, formidable, outlandish…a lot of adjectives come into consideration. But for Khushdil himself this might be a relief. After warming the bench mostly for three straight series, this was perhaps his big chance. We got to see him unleash his power. And those weren’t just hoicks towards midwicket. Would Misbah budge and finally give the guy a fair crack at it?

Mohammad Amir, Haris Rauf, Sohail Tanvir, Imad Wasim, Shadab Khan, Faheem Ashraf, and Zafar Gohar were on show in the 1st match. Even the back-up bowlers included Pakistan hopefuls like Ehsan Adil and Usman Qadir. In the 2nd match of the day, the likes of Khurram Manzoor, Asad Shafiq, Khushdil Shah, and Hussain Talat feasted on a healthy diet of left-arm spin and military medium pace barring Mohammad Hasnain and Dilbar Hussain. Sarfaraz again ended up bowling an over by Asad Shafiq. Not to take away anything from the performers, but these batting performances have to been seen in the correct context.