“They are under pressure and will reschedule the series,” said the PCB chief. 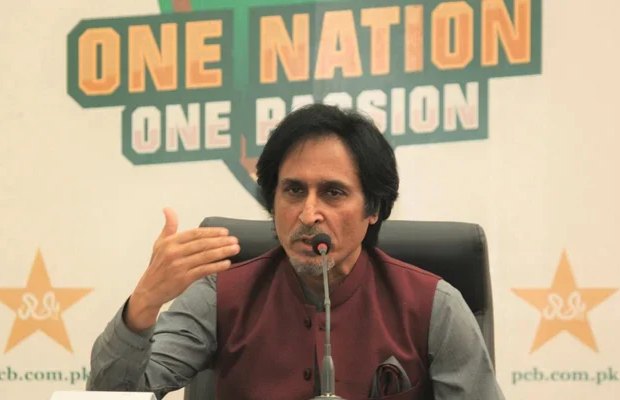 Pakistan Cricket Board (PCB) chairman Ramiz Raja has hinted at “good news” in the coming week!

Ramiz Raja, while briefing the Senate Standing Committee on Sports on Thursday, said that New Zealand is rescheduling the Pakistan tour and that the PCB has written a strong-worded letter to the International Cricket Council.

“They are under pressure and will reschedule the series,” said the PCB chief. “Good news is due next week.”

“What if we do not allow the New Zealand tour?” questioned Rabbani.

He advised the PCB not to accept the tour as a sign of protest.

Raja, however, replied with a slight discord, saying, “We have to live with them. But we can tell them that Pakistan can find a time window for the tour at some point in 2022.”

He added if New Zealand were ready to play according to Pakistan’s conditions, “then we should have no problem”.

Speaking before the Senate Standing Committee on Interprovincial Coordination on different aspects and future goals set up for Pakistan Cricket, Raja said: “The Board of Control for Cricket in India (BCCI) generates 90% revenue of ICC whereas PCB gives nothing. ICC provides 50% funds to PCB. I’m afraid Pakistan Cricket may collapse if BCCI stopped funding ICC.”

“There are two companies that have offered to sponsor drop-in pitches for different stadiums of Pakistan and it will cost around $1 million per drop-in pitch,” he said.

The PCB chief added that one of the sponsors has offered a blank cheque to Pakistan Cricket with the condition of defeating India in the upcoming T20 World Cup.

Ramiz Raja further said: “The truth is that money is now everything in world cricket. PCB has to strengthen its financial status in order to increase its value before the ICC.”

“The PCB, in future, will not only generate money for itself but for the ICC as well.”

New Zealand all of a sudden withdrew from their tour to Pakistan last month on the eve of the first One-day International citing security threats. They were scheduled to play three ODIs and five Twenty-20 internationals.

The New Zealand cricket team had arrived in Pakistan on September 11 for the first time in 18 years.