For the fourth time in a row, and the seventh time in his career, the Serbian is the Wimbledon men's singles champion. 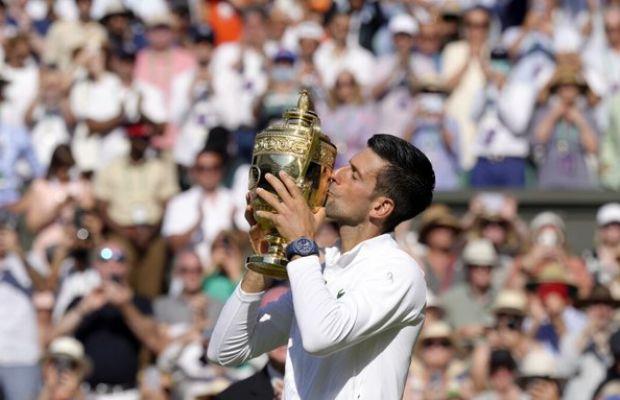 Sunday saw Novak Djokovic clinch his 21st grand slam and 7th Wimbledon title to match Pete Sampras, who lost just one match at Wimbledon between 1993 and 2000.

He needs one more Wimbledon title to equalize Federer’s tally of Wimbledon; a feat that deserves deep respect.

Centre Court rises again for one of its great champions

During the men’s single at the center court, Kyrgios began to lose his cool as the scoreboard turned in Djokovic’s favor, earning a code violation for swearing.