Congratulations Pakistan on officially reaching into the Semi Final! 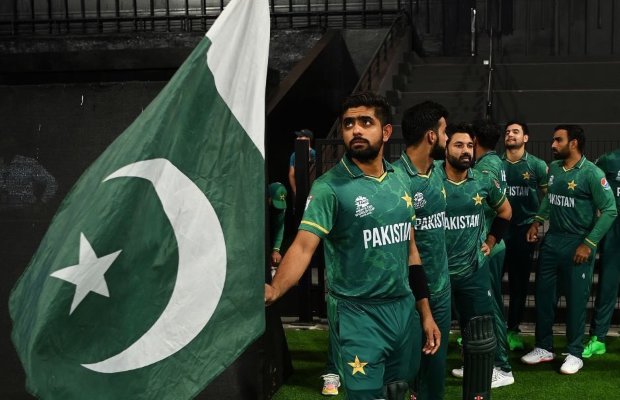 Pakistan makes it to the T20 World Cup semi-finals after defeating Namibia on Tuesday evening in Abu Dhabi.

Pakistan’s total is the second-highest in this tournament, behind Afghanistan’s 190-4 against Scotland in Sharjah.

The opening pair added 113 for the first wicket after Pakistan was slow out of the blocks, scoring just 59 in the first ten overs but ended with a flurry in the next ten, taking 130 runs.

Babar scored his 23rd Twenty20 international fifty with a 49-ball 70.

While Fakhar Zaman was smartly caught by keeper Zane Green for five.

Veteran Mohammad Hafeez scored 32 not out with five boundaries on a brisk 16-balls.

While batting second Namibia could only put 144-5 till the last ball of the innings.

The African newbies showed some good account of their ability and promise.