The eight-year-old, Ayesha who hails from Swat, was speaking at an event in honour of her victory after she returned from UAE. 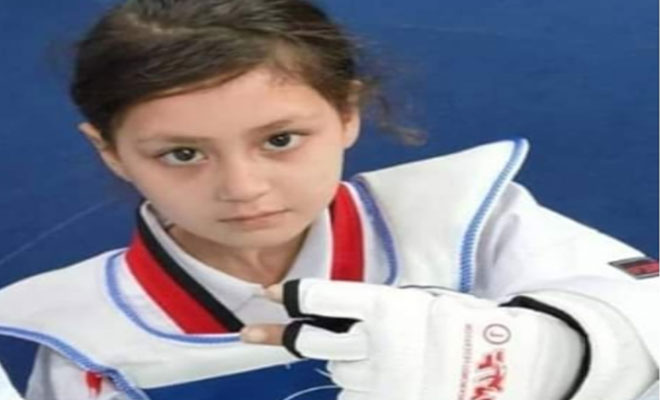 Pakistan’s youngest ever taekwondo athlete, Ayesha Ayaz, who won the bronze medal in the 27kg category during the 7th Fujairah Open International Taekwondo Championship in UAE, says she wants to take part in the Olympics to make Pakistan proud.

The eight-year-old, Ayesha who hails from Swat, was speaking at an event in honour of her victory after she returned from UAE. 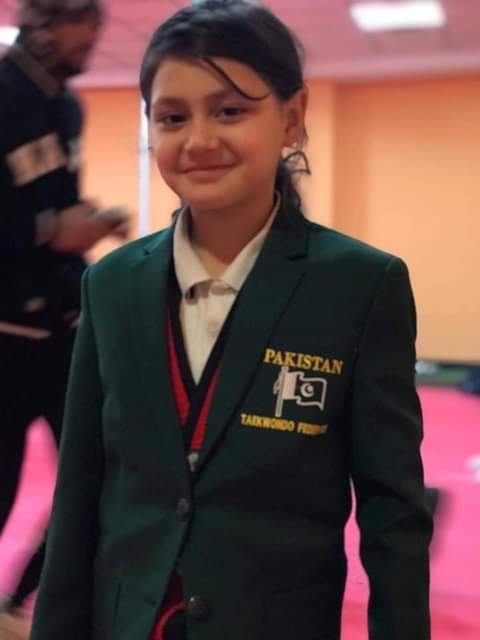 At the event she also cut a cake to celebrate for making her country proud which was also attended by her parents, relatives, elders, district sports officer, taekwondo players and civil society members.

Ayesha said she was excited and proud of her success and dedicated her medal to Prime Minister Imran Khan while in her response, PM Imran Khan took to Twitter sharing the news and expressed his joy regarding the matter.

“8-year-old Ayesha Ayaz has made the country proud by winning a bronze medall in three Taekwondo contests held in UAE,” he wrote. “Ayesha has also earned the distinction of being the youngest player in the country,” he said.

“My next target is Olympic games for which I am working hard and practicing daily under my father’s supervision. I also expect the government will assist me in preparing for the mega event,” she added.

Ayaz Naik, Ayesha’s father, who also remained international taekwondo athlete and runs a training academy in Swat, said Ayesha had high talent for taekwondo and if the government helped him in grooming her talent he was confident she would be an international star in the game.