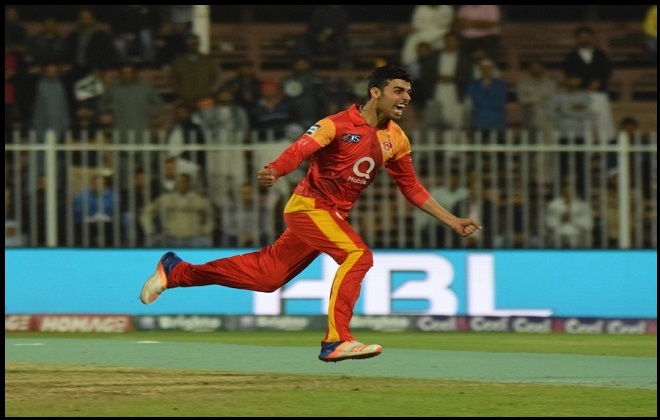 Reigning Champions Islamabad United have named all-rounder Shadab Khan as the vice-captain for the upcoming season 4 of the Pakistan Super League. Shadab Khan, replaces pace man Rumman Raees as vice-captain, who has been recovering from the horrific injury he suffered last season.

Owner Islamabad United Ali Naqvi, made the announcement via a video released on twitter.

Shadab Khan, expressed happiness on the appointment and vowed to perform to the best of his abilities. He also recognised the efforts of the franchise and for giving him a platform to perform.

Ali Naqvi re-affirmed the belief that the core belief belief of the franchise is in youth development.

“We are very excited to name Shadab Khan as our vice-captain. Congratulations to him. This was the main reason, all of us believe in the PSL. Our players develop as they learn from coaches, senior and foreign players.”

He credit Shadab Khan for his growth as a cricketer in the past two years. Shadab Khan had joined Islamabad United in 2017 and since gone on to achieve great things international cricket.

“We are looking forward to having great experience in PSL 4. United we win”, said Ali Naqvi.

PSL season 4 kicks off on the 14th of February.