The decision of De Kock to quit playing the red-ball format for South Africa shocked the entire cricket fraternity. 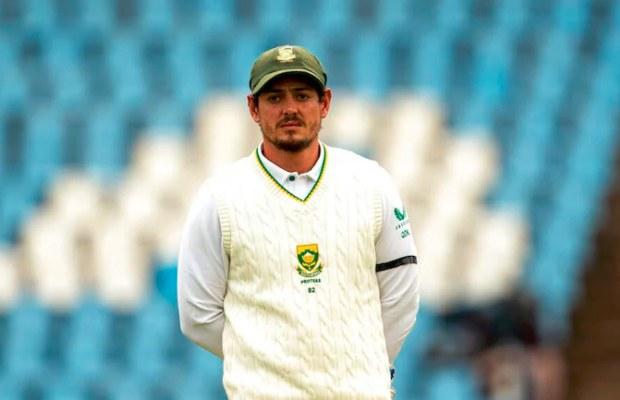 De Kock’s surprise announcement came hours after Team India thrashed South Africa by 113 runs in the first Test of the three-match series in Centurion on Thursday.

In a statement issued by Cricket South Africa (CSA), De Kock confirmed that he remains available to play white-ball cricket for South Africa.

In the statement issued by De Kock, the 29-year-old further assessed that it wasn’t an easy decision and he had to draw early curtains to Test cricket to be with his family as they are expecting their first-born child in a few days of time.

“This is not a decision that I have come to very easily. I have taken a lot of time to think about what my future looks like and what needs to take priority in my life now that Sasha and I are about to welcome our first child into this world and look to grow our family beyond that. My family is everything to me and I want to have the time and space to be able to be with them during this new and exciting chapter of our lives,” De Kock stated.

“I love Test cricket and I love representing my country and all that it comes with. I’ve enjoyed the ups and the downs, the celebrations, and even the disappointments, but now I’ve found something that I love even more.

“In life, you can buy almost everything except for time, and right now, it’s time to do right by the people that mean the most to me,” he added.

The decision of De Kock to quit playing the red-ball format for South Africa shocked the entire cricket fraternity.