The medium pacer filled in admirably as others faced injuries, bans and suspensions 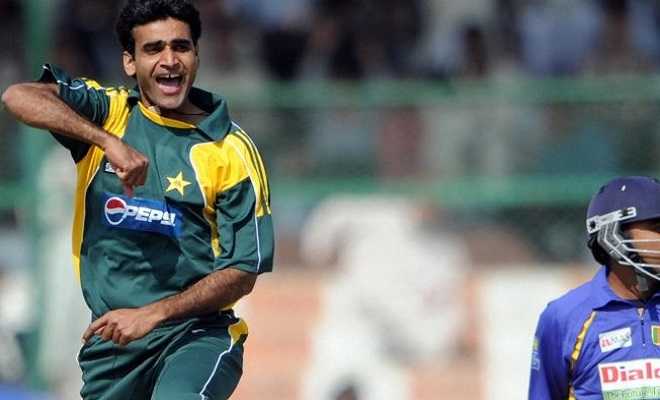 With a simple enough robust and repeatable action, Iftikhar was one of the fittest bowlers around - OyeYeah News
0Share
483Views

It is hard to write about Rao Iftikhar Anjum because there is no distinct narrative to his career.

He wasn’t a teenager prodigy, didn’t bowl 90 mph, didn’t have long floppy hair, didn’t wear gold chains, no flings with Bollywood/Lollywood heroines, there was no drugs or tampering bans, no fights with PCB or captains, etc.

The only complaint you ever heard from him was when Stoke-on-Trent’s counsel refused to give him a bin for his house in the UK. One of his club’s captains in England said “His motto was ‘cricket, rest, cricket, rest’. He couldn’t understand why we needed to drink the night before a game. Or after. He used to say it’s not good for a sportsman and water would be better. He also couldn’t understand how we worked and played cricket too!”

That is how it appeared on the field too.

With a simple enough robust and repeatable action, he was one of the fittest bowlers around. Trust him to bowl with lovely outswingers and the occasional in dipper excellent control all day long. From 2001 to 2004, he picked up 200 wickets in domestic cricket to come in national contention. His debut came against Zimbabwe. A typically unremarkable start.

This was the time when the old guard in Wasim & Waqar had gone…over the next 6-7 years, Pakistan’s main pace bowlers were to be Shoaib Akthar, Mohammad Sami, Umer Gul, Mohammad Asif, Sohail Tanvir…

Four out of the five injury-prone..two ban-prone. Waiting ready to pounce was Rao Iftikhar.  His job…hold an end up before the faster and more fancied men come back to do their job.

In his 28th international match, he got his 1st three-wicket haul in the World Cup match against West Indies. In the infamous match against Ireland, he hung around with the bat for 43 balls as Kamran Akmal, Azhar Mahmood, Mohammad Sami and Umer Gul threw their wickets away. With the ball, he also got back to back wickets and Ireland were 7 down but it wasn’t to be. Another wicket or two there and he would have been remembered for that spell.

Thereafter he was part of the team for a while. Consistently picking up wickets. Post-2007 World Cup too early 2009, he had picked up 51 wickets in 28 matches. There were two consecutive four wickets hauls in between against West Indies and Sri Lanka. Bagged a fifer against Sri Lanka in the match Umar Akmal made his 1st ODI Hundred. Then I played three more ODIs only. The last being the one Afridi chewed the ball in Perth.

With Akhtar & Asif (before the ban) returning, Amir and Wahab’s introduction (before Amir’s ban) and Umer Gul’s supreme form meant that there was no place for the earnest trier. Shahid Afridi’s set template captaincy required wicket-taking bowlers. Even after being dropped one didn’t Itikhar hear complain anywhere.

He is working with the board as a coach and selector (till last year). But don’t expect to hear a lot about him any time soon.

He can look back at his career with pride. Because when bowlers with greater “talents”, more fans, more loved and cherished messed up. Rao Iftikhar Anjum was always there to clean up the mess and serve his country with all he had in him.