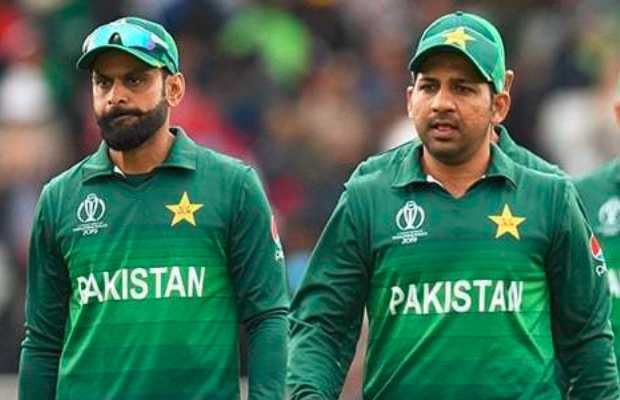 What Pakistani cricket fans witnessed on Twitter other than Pak vs SA T20 match was the spat between Sarfaraz Ahmed and Mohammad Hafeez.

And the argument between the two made the two cricketers were leading the top trends on Twitter.

By the end of the day, sources claim that Pakistan CricktetTeam manager Mansoor Rana settled the issue between Mohammad Hafeez and Sarfaraz Ahmed by making contact with both of them.

It all started when Mohammad Hafeez in a tweet on Thursday congratulated Muhammad Rizwan, indirectly hitting former skipper Sarfaraz and prompted a strong response from him.

“Congratulations @iMRizwanPak on scoring T20 Hundred points. U r a Star shining star. Wonder how long u need to prove that u r a NO1 wicketkeeper/Batsman in Pakistan in all formats of the game,” Hafeez wrote.

His Tweet caught the attention of Sarfaraz Ahmed who quoted Hafeez claim saying, “Hafeez Bhai Sb, whoever has played for Pakistan from Imtiaz Ahmed, Wasim Bari, Tasleem Arif to Saleem Yousuf and from Moin Khan, Rashid Latif to Kamran Akmal and even Rizwan right now has always been number ONE for the country and have been respected accordingly.”

Hafeez bhai Sb, whoever has played for Pakistan from Imtiaz Ahmed, Wasim Bari, Tasleem Arif to Saleem Yousuf and from Moin Khan, Rashid Latif to Kamran Akmal and even Rizwan right now has always been number ONE for the country and have been respected accordingly. https://t.co/dF7BScOurl

It didn’t end here. Sarfaraz continued saying everyone is behind Rizwan and also wished he plays many more amazing innings for Pakistan.

“Aur ayende bhee jisko bhee chance milega wo Pakistan ke liye number ONE hee huga. (And whoever is given a chance to play would be no 1 for Pakistan).”

Urging Hafeez not to create divisions, former skipper Sarfaraz added: “We expect nothing but positiveness coming from an international player who has played so many games for Pakistan.”

Aur ayende bhee jisko bhee chance milega wo Pakistan ke liye number ONE hee huga. We expect nothing but positiveness coming from an international player who has played so many games for Pakistan. #JustSaying🙏🏼

The argument caught the attention of millions of cricket fans on social media and many joined in to share their views:

Easy boys!You guys ve contributed a lot for cricket & u are our heroes & pride..Sarfaraz,Hafeez,Rizwan & all others are assets of our cricket.Let's motivate each other & be united as they say Unity is strength. .whn thr is teamwork & collaboration,wonderful things can be achieved https://t.co/BJZKwmNPJ9

Far too many people feel the need to malign this man when complimenting Rizwan, without reason and out of hate.

As for Hafeez, there's a reason why men like Sarfaraz will always be more respected by their peers than Hafeez ever was. https://t.co/joIX2BMjMO

People like Hafeez and Shoaib have never performed when needed. Like in all the world cups or tournaments they have been part of. Go check their record. Their presence results in groupings and in fighting. Dirty corrupt players.

Everything aside now. PSL is going to be so much fun now. Lahore Qalandars vs Quetta Gladiators. Hafeez Batting against Steyn where Sarfaraz behind the wickets " Muu pe dalni hai shabash Stayen Bhai " 😂😂

Fitting response by Saifee on a useless tweet by Hafeez! https://t.co/QFedUAfLne

Man Hafeez has really pushed Sarfaraz for no reason, what kind of prick you need to be to take pot shots on your team mate and that too when the other is out of playing side. Hafeez has been really poor with his off field attitude off late, definitely thinking of himself as above 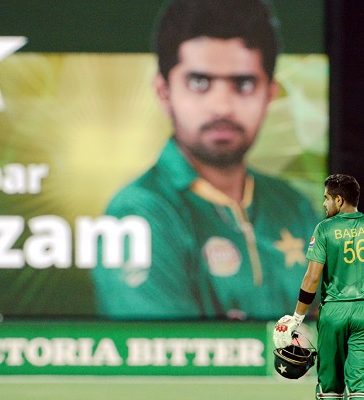