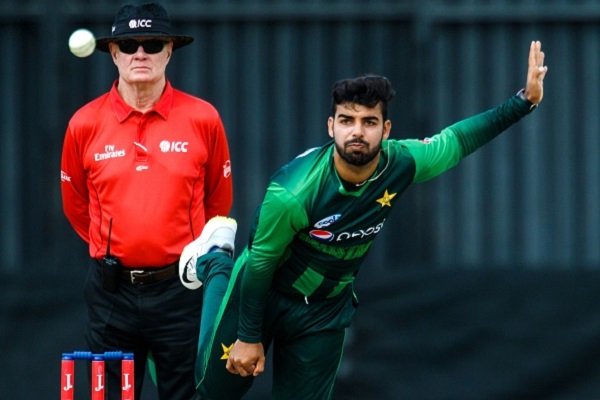 Shadab Khan will play no part in the England series due to virus, a PCB press release said. The nature of the virus has not known thus far, however the all-rounder will need to rest for at least four weeks, which rules him out of the England series.

“The Pakistan Cricket Board will now set up Shadab’s appointment with specialists in England to help him fully recover before Pakistan’s World Cup 2019 opener against the Windies on 31 May at Trent Bridge,” the PCB release said.

The leg spinner, who has become the mainstay of Pakistan’s white ball cricket teams is the sole specialist spinner in the World Cup squad. Imad Wasim and Mohammad Hafeez, the other two spinning options are also recovering from injuries.

The England series starts from May 15th. Both teams will play 5 ODIs and a T20. PCB will name a replacement for Shadab Khan in due course.